Choosing a name for your unborn child or even your newborn can be a very difficult task.

Both parties almost never agree on a name and it becomes a game of back and forth until one party gives in or a miracle happens and you finally agree on a name that you both like.

Norwegian is a beautiful language and has some beautiful traditional baby names along with some more mainstream names that would be heard in almost every city in the world.

We have compiled a list of some of the most popular baby boy and girl names in Norway. Like me, you may be surprised by the mix of names from both traditional Norwegian and those that you would not find out of place in the USA.

Check out our list below with the meanings and see if you can find a name that both you and your partner agree on.

Anna – is of Greek origin and is also a variation of the Hebrew name Hannah. Anna is also a palindrome name, meaning it can be spelled the same forward or backward.

Amelia – is a form of the name Amalia, which is derived from the Old High German name Amalinde. Amelia means ‘brave’, ‘industrious’, ‘striving’, but as well ‘gentle’.

Aurora – derived from the Latin aurora which means dawn. The name was borne by the Roman goddess of dawn. Aurora means ‘goddess of the dawn’.

Emilia/Emilja – This is the female form of Emil/Emilio or Aemilius. They were one of the five most influential patrician families in ancient Rome. Emilia means ‘from the Aemilian family’. It also has the meaning ‘the eager’, ‘the industrious’ or ‘the ambitious’.

Emily – an English form of the French name Emilie, which is the female form of Emil. Emily means ‘from the Aemilian family’. Which in turn is derived from the Latin ‘aemulus‘, which means ’emulate’ or ‘compete’.

Elea – a short form of the name Eleanor, which derived from the name Alienor. Elea means ‘foreign’, ‘strange’, ‘compassion’ and ‘God is my light’

Emma – Originally a short variant of Germanic names beginning with the element ‘Irm’ or ‘Erm’. Emma means ‘universal’ or ‘whole’.

Elyana/Eliana – this is a variant of the name Eliana, the Spanish, Italian and Portuguese version of the French name Eliane. Elyana means ‘my God is Jahwe’ or ‘ my God has answered me’.

Ella – This is a short version of names beginning with ‘El’ or ending with ‘ella’ such as ‘Elizabeth, Eleanor, Ellen, Gabriella. It means ‘stranger’ or ‘my god is an oath’, ‘torch’, ‘beautiful’, and in modern Hebrew it means ‘goddess’.

Frida – This is a Scandanavian name derived from the Old Norse name Frida meaning ‘beautiful, beloved’.

Gaia – is a French form of the name Gaia, a name of Greek mythology. Gaia means ‘earth’, ‘goddess of the earth’

Haylee/Hailee – Originally a surname, which is derived from a name fo an English town. It means ‘hay clearing’

Hannah/Hanna – It is a Hebrew name and a short form of Johanna. It is also a palindrome name which means it is spelled the same forward and backward. Hannah means ‘favor,’ ‘grace,’ and ‘Yahweh is gracious’.

Julia – is a Latin name and the feminine form of the male name Julius, this was originally a Roman family name. Julia means ‘of the Julier family’ and ‘dedicated to Jupiter’.

Lily/Lili – is a short form of the Hebrew name Elizabeth. Lily means ‘my God is abundance’.

Leah/Lea – it is a biblical name of Hebrew origin. Leah/Lea has several different meanings. The Hebrew meaning is ‘weary’ and ‘cow’ or ‘lioness’. The Assyrian meaning is ‘ruler’ or ‘mistress’.

Leonie – this is the French feminine form of the masculine name Leon. but is also a short form of Eleonore. Leonie means ‘the lioness’, ‘as strong as a lioness’, or ‘the warrior’.

Luna – was the Roman goddess of the moon and is, therefore, the Latin origin. Luna means ‘the moon.’ 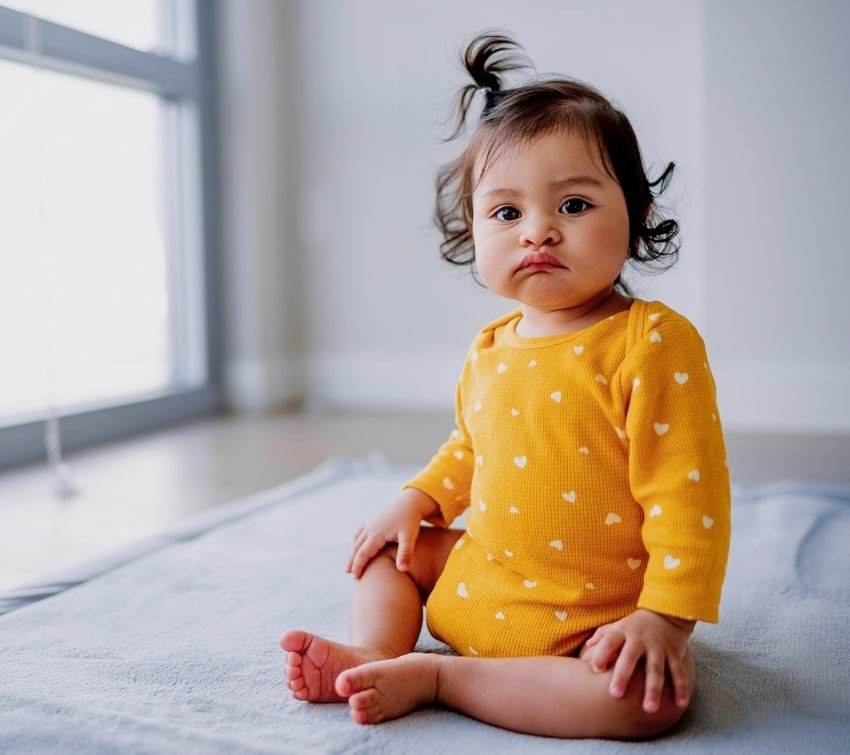 Mia – is a short form of Maria. Mia means ‘sea of bitterness’, ‘rebelliousness’ and ‘wished-for child’

Maelia – is a feminine variant of the Celtic male name Mael. The meaning of Maelia is ‘princess’ from the Irish ‘mal’.

Noelie – is a variant of the male name Noel, which has its roots in Latin. Noelie means ‘birthday of the Lord’ or ‘Christmas’.

Nora/Norah – is a diminutive of Eleonora. Nora means ‘compassion’, ‘mercy’ or ‘God is my light’.

Olivia – is a name used by William Shakespeare in his comedy ‘Twelfth Night’‘. Olivia means ‘olive’ but it also has the meaning ‘peaceful’.

Otillie – this is a variant of the Old High German name Ottilie. Otillie means ‘riches’, ‘prosperous’ or ‘wealth’.

Sophia – this also is of Greek origin. Sophia means ‘wisdom’, and even though both names are very similar when the data is collated they are not considered the same name.

Talya/Tahlia – as a variant of Talia, it is a name of Greek and Hebrew origin. It is also a popular name in Turkey. Talya means ‘blossom’ and ‘dew from God’.

Victoria – It has a Latin origin. Victoria means ‘victory’ or ‘conqueror’.

Aksel – is borrowed from the Scandanavians Axel, which comes from the biblical Absalom. Aksel means ‘father of peace’ or ‘mighty god’.

Benjamin – this is a biblical name. Benjamin was the youngest sone of Jakob and therefore ancestor of one of the 12 tribes of Israel. Benjamin means ‘child of good fortune’, ‘son of the right hand’, or ‘son of the south’.

David – is a name of Hebrew origin. David means ‘beloved’ or ‘uncle”’.

Elias – is a Spanish and Icelandic variant of Elijah. Elias means ‘my God is Yahweh’.

Evan – is a French form of Evan, which came from the Welsh name Lefan. Evan means ‘Yahweh is gracious’ and ‘young fighter’.

Felix – is of Latin origin and derived from a Roman cognomen. Felix means ‘successful’ or ‘lucky’.

Ivo/ Iwo – a name of Germanic origin. In South Slavic it is a variant of Ivan or Iwan. Ivo means ‘yew’ and ‘Yahweh is gracious’.

Jakob – from the Ecclesiastic Late Latin Iacobus. Jakob means ‘at the heel’.

Jonathan – a Hebrew name and derived from ‘Yehonatant’. Jonathan means ‘gift of God’ or ‘God has given.’ 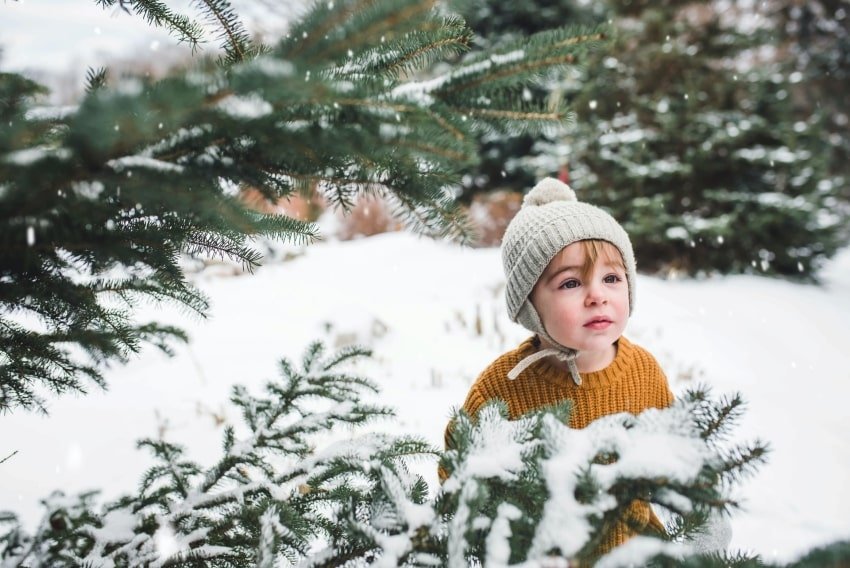 Leon – is a variation of the name Leo and Leonhard of Latin and Greek origin. Leon means ‘lion’.

Levi – a biblical name of Hebrew origin and refers back to the Israelite tribe of Levites. It is also a short form of the Hungarian name Levente. Levi means ‘attached’, ‘joined’, ‘hero’ or ‘knight’.

Liam – is a short variant of William, which is a form of the Germanic name Wilhelm. Liam means ‘the resolute protector’.

Louie – comes from the name Louis, which is derived from the Old German name Ludwig. Louie means ‘famous warrior’.

Lukas – is a short form of the Latin name Lucanus, originally it was a Greek name. Lukas means ‘from Lucania’ or ‘bright’.

Magnus – comes from the Latin Magnus meaning large or great. The name has been borne by seven kings of Norway and three kings of Sweden. Magnus means ‘ great’.

Markus – most believe that it has roots in Mars which is the name of the Roman god of war. Markus means ‘dedicated to Mars’.

Matheo – is a French name and a form of the name Matthew. Matheo means ‘gift of Yahweh’.

Matis – is an Old Swedish name and comes from the Hebrew name Mattityahu. Matis means ‘gift of Yahweh’.

Max – is a short form of Maximilian. Max means ‘greatest’.

Nicolas – is a Catalan variant of the name Nicholas that came from the Greek name Nikolaos. Nicolas means ‘victory of the people’.

Noah – is a Hebrew name and a form of Noach, the builder of the Ark during the Great Flood. Noah means ‘the consoling’, ‘chill out’, ‘create peace’ or ‘to rest’.

Oliver – there is no clear origin of this name. It could be Scandanavian derived from Olaf. It could also be a form of the Icelandic name Olafur. Oliver means ‘olive tree’, ‘ancestor’s descendant’ or ‘warlike elf’.

Oskar – is a German, Polich, Slovene, and Scandanavian form of the name Oscar which may come from the Old English name Osgar. Oskar means ‘the god’s spear’ and ‘dear friend’.

Theo – a short version of Theodor and Theobald. Theo means ‘gift of God’.

Thiago – is a Portuguese variant of James and a short form of Santiago. Thiago means ‘may God protect’, ‘holder of the heel’ and ‘Saint James’.

Tymeo – is a French short form of the name Timotheus which is of Greek origin. Tymeo means ‘honoring God’.

These were then joined by Alexander, Lucas, and Theo for boys. These names are very common in other countries such as the USA and UK as well.

The same can be said for the top three girls’ names which are Zoe, Leonie, and Emily. Consistent names such as Emma, William, Sophia, and Benjamin are all top 10 contenders too, again all very English names.

I hope that our list of baby names has given you some more inspiration for you to find the perfect name for your little one whether now or in the future. 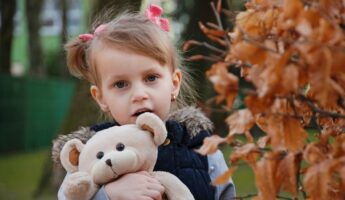 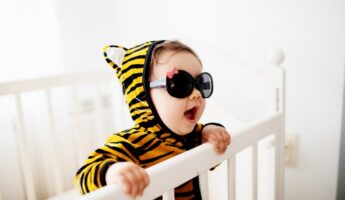 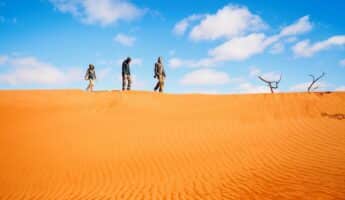 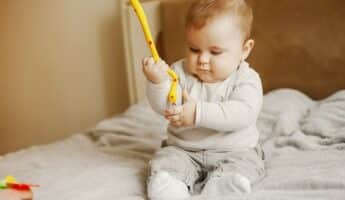 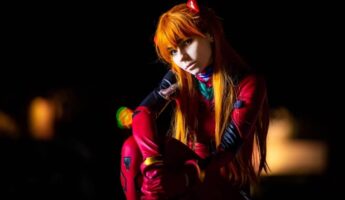 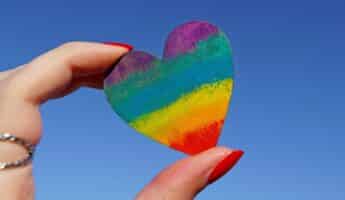 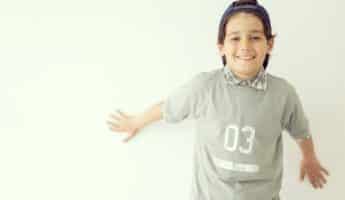