My Baby Sleeps Face Down in the Mattress, Should I Worry?

As a mother of three, I’ve been through three periods of infants wanting to lie on their stomachs instead of on their backs. When a baby sleeps face down, it is a frequent worry.

Common wisdom used to be that babies should always sleep on their stomachs, but studies have linked this practice to SIDS, or sudden infant death syndrome. To protect your baby, know when to permit stomach sleeping and why it is dangerous.

Put Babies On Their Backs

Always put babies to sleep on their backs. Even if they are old enough to roll over, and even if they do so during their sleep, start them out on their backs. Remember the slogan that back is best. If they wriggle onto their sides as they grow stronger, babies can safely be left in this position. But stomach sleeping, particularly initially, runs the risk of suffocation and SIDS. 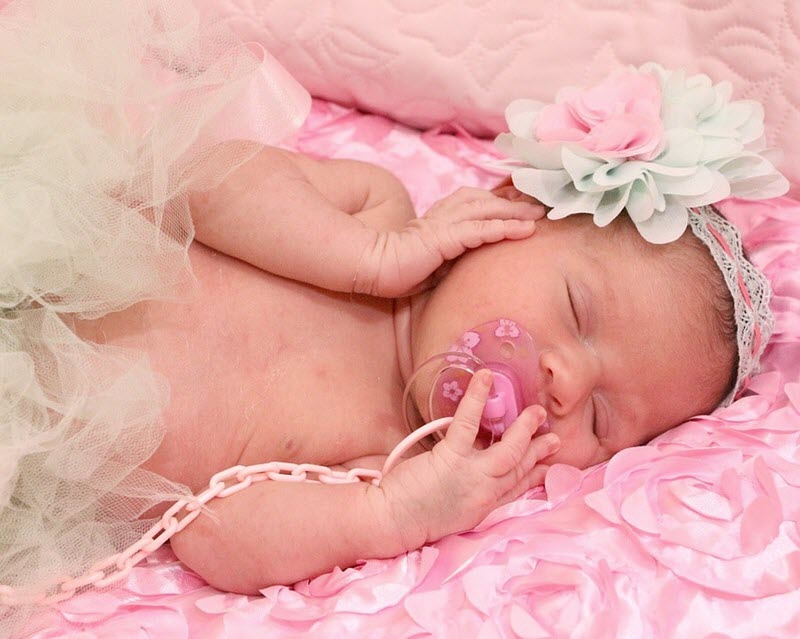 When babies do not have experience with stomach sleeping, there is one risk that stands out more than others. They exhale carbon dioxide into the space in which their faces rest and cannot take in oxygen. Experienced babies lift their heads and turn them, while babies who are new to stomach sleeping lift their heads up and put them right back down into the carbon dioxide. Without oxygen, they suffocate. This tragedy can be prevented with precaution and care.

International research has revealed an abnormality that is found particularly often in boys and in premature babies that is linked to SIDS. This problem lies in the brain’s control of the movement of the head and neck as well as the body’s response to being deprived of oxygen. In the presence of this abnormality, there is a greater likelihood of SIDS occurring, according to Science Daily.

Know the Facts About SIDS

SIDS has been found as the number one cause of death for babies between the ages of one month and one year old. This adds up to about 3,500 infants dying suddenly in their sleep in the United States each year. More boys die from SIDS than do girls. About 75% of infants dying unexpectedly and suddenly do so while sleeping on the same furniture as someone else. This includes couches, armchairs, and beds. While SIDS is not identical to suffocation, both can occur during a baby’s sleep time; this is why it is often called crib death. The National Institutes of Health describe SIDS as a silent, sudden medical disorder that can occur in an infant who seems otherwise healthy. 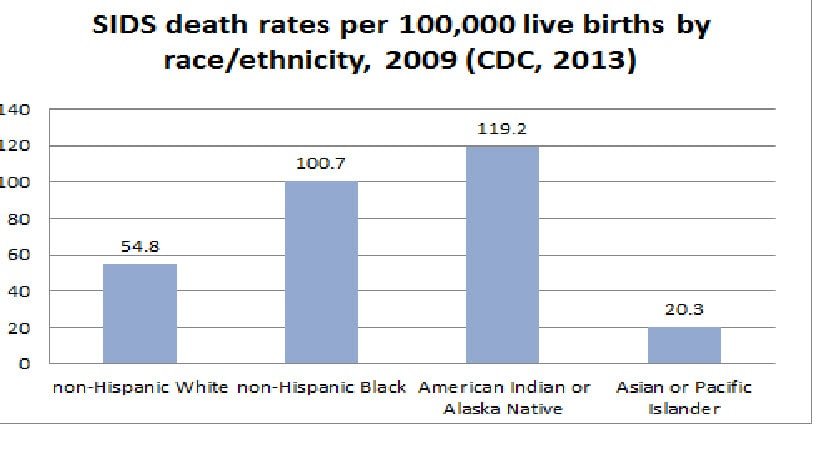 When to Start Stomach Sleeping

From my own experience, stomach sleeping babies are inevitable. Some sleep comfortably on their backs from the first, but even those will eventually start to roll over. The key to when to permit this is that the older the baby is, the better. Older babies are more likely to lift their faces rather than letting them be pressed dangerously into their mattresses.

Every baby’s development is distinct. Watch while your baby sleeps, especially during stomach time. When infants can move their heads from side to side, you can safely leave your baby slumbering. If a baby is lying truly face down, with the face pressed into the mattress, there is a problem.

Babies should be able to roll over and have strong necks to turn their heads. These abilities can be encouraged through waking tummy time, which should start at about two months according to doctors. Safe is always better than sorry.

Whether waking or sleeping, keep an eye on tummy time at first. Watch your baby’s developing strength and abilities. SIDS has been frequently linked to a baby having little experience in sleeping stomach down, according to researchers in St. Louis at Washington University’s School of Medicine.

The first several times babies accustomed to sleeping on their backs or sides move to the prone, or face down, position, they are 19 times more likely to suffer from SIDS. Studied infants with catheters taped beneath their noses to monitor levels of carbon dioxide showed the infant’s rebreathing exhaled air. All babies woke up after a span of about five minutes to try and reach air that was fresher. The experienced infants turned their heads from the stale air. Inexperienced infants nuzzled their bedding or bobbed their heads briefly up, returning them straight down into the problem area. 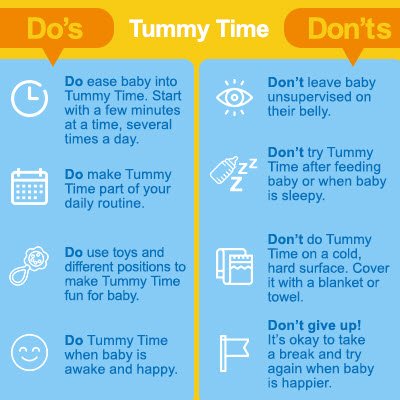 Bad advice pertaining to baby sleep can be dangerous. Many inexperienced parents look to family and friends for information about everything from feeding to diaper rashes, and sleeping styles fall into the spread of potential misinformation. Before the mid-1990s, experts widely preached stomach sleeping. The campaign of Back to Sleep, led by the National Institute of Health to encourage parents to put infants down for bedtime on their backs, reduced sleep deaths by 2,000 fatalities in just five years. While back sleeping has not solved SIDS, as CNN points out, fewer than half of parents follow the ABC guide to safe sleep: sleeping Alone, with babies on their Backs, in Cribs.

Products That Can Help

Some products can help ensure that your baby does not move to sleeping supine, or on the back; others ensure that even on their stomachs, babies sleep safely. Each can be used in turn during different stages of the baby’s development. I used all three, at the appropriate times, to make sure my babies slept safe and sound.

A swaddled baby does not toss, turn, or roll over. Swaddling should be done so that the baby is not so snug that the hips can’t move. The baby should also be able to breathe freely when swaddled. When babies start to try to turn over, it is time to take away the sleep sack or blankets for swaddling. 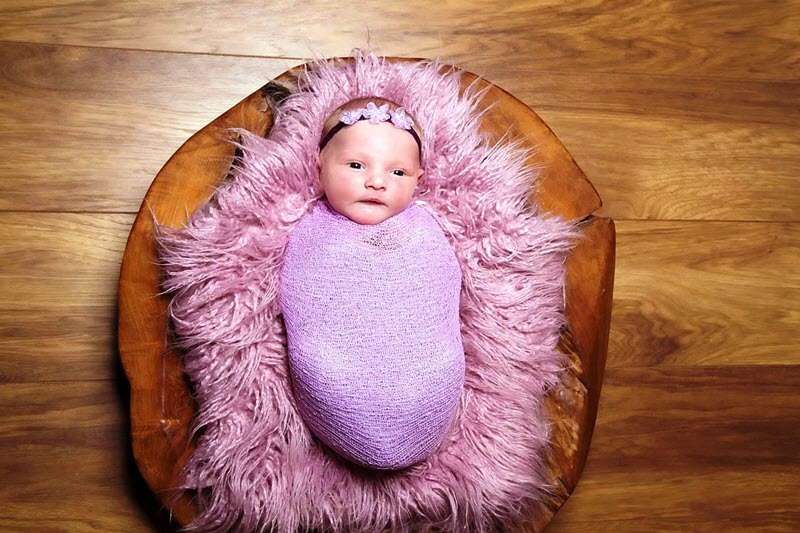 A firm mattress should meet the standards set forth by the CPSC, or the Consumer Product Safety Commission. Firmness will prevent the baby’s face from forming a depression when the head presses into the mattress. When the baby lies on it, a sufficiently firm mattress will not indent.

A baby monitor that monitors the infant’s breathing is helpful when the baby starts stomach sleeping and you want to be sure of safety. Provided that your baby has begun rolling over and has a strong neck, this kind of monitor gives you peace of mind even when other tasks call your attention away. This is no replacement for keeping a personal eye on things, but it can help when you have other children to attend to and cannot be personally present every moment.

We recommend the Sense-U Baby Monitor for tracking your baby’s breathing, rollover, and temperature. There are several other brands available on the market but the Sense-U has the most reviews and is generally seen as the best option available at the moment.     View in gallery

After putting the baby to sleep on their back on a firm surface, there are other safe sleeping tips to follow. Never put a baby down for a nap on a sofa, armchair, or adult’s bed. Only use a crib. Share sleeping areas until the baby is six months old. You will be more alert to trouble this way. Only bring the baby into your bed for comfort or to feed; when you are ready to sleep, back into the crib with the baby. Keep soft objects like stuffed toys or loose bedding out of the sleeping area for the baby. Pillows, bumper pads, and quilts are included in this category. They increase the risk of suffocation, strangulation, and entrapment, as stated by healthychildren.org.

Perceived Dangers of Back Sleeping

Some people fear the risk of plagiocephaly or a head that is oddly shaped or flat, in babies that sleep on their backs. While babies do have softer skulls at birth, this shaping is normally and generally goes away on its own. One way to prevent this, while laying babies on their backs, is to place things outside the crib that are bright or interesting, and move the object around so that babies change the positions of their heads. Do not hang mobiles directly over infants, but to the sides, so that they turn their heads to look, according to healthline.

Choking is another fear of new parents when it comes to back sleeping. The fact is, according to the NIH, back sleeping gives a lower risk for choking to babies. They can clear their airways more effectively while sleeping in a supine position. Healthy babies naturally cough up or swallow fluids. In the back sleeping position, the baby’s trachea, or tube that runs to the lungs, lies atop the esophagus, or tube that runs to the stomach. Anything regurgitated from the stomach would have to work against gravity to gain access to the trachea.

When a baby sleeps face down, there are several factors to keep in mind and risks to be aware of. Suffocation and SIDS are both dangers to watch for. However, with the right practices and equipment, you do not need to worry about such perilous consequences. 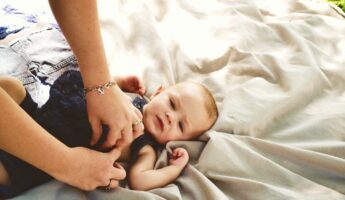 Parenting
Why Does My Baby Hate Getting Dressed? 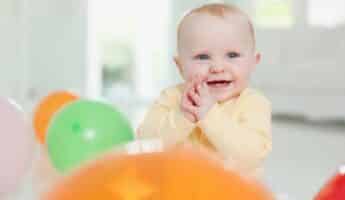 Parenting
Why Do Babies Smile When They Fart? 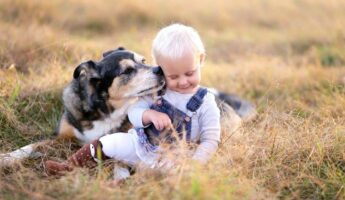 Parenting
Dog Obsessed With Newborn Baby – What To Do 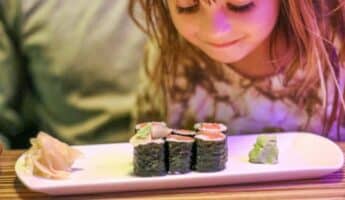 Health
Can Toddlers and Kids Eat Sushi? Is It Safe? 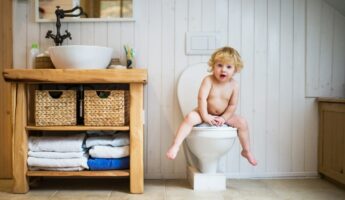 Health
Sugar Water For Babies Constipation: Can It Help? 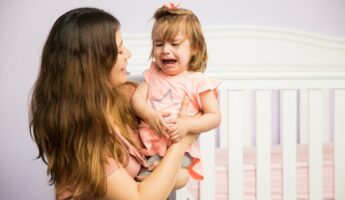 Parenting
15 Ways To Deal With The Terrible Twos and Threes 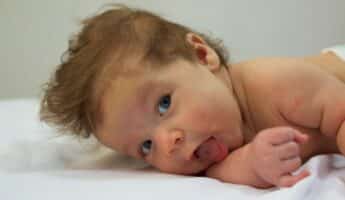 Health
Is Your Baby Sticking Their Tongue Out A Lot? What Does It Mean?