Baby Stopped Rolling Over – Should I Be Worried?

Rolling over is one of the big milestones for babies. Usually, this is the milestone they have to hit before crawling. Babies roll over, then learn to get up on their hands and knees.

Soon, they’re taking off to explore the world! What happens when your little one isn’t rolling over though? Or when they stop rolling over? Usually, this is perfectly normal.

It’s still important to learn what to do in this situation. It’s equally important to understand when it’s a problem. This can help you make sure that your baby stays on the right track developmentally.

Most babies complete developmental milestones in a specific order. Babies usually do these at a certain age too. The average age of a baby rolls over is 4 – 6 months.

Rolling Front To Back

If you’re not sure which one happened, wait a little bit to see if your little one is still rolling over.

Rolling Back To Front

Even if your baby is rolling front to back at four months old, it’ll take him a little longer to start rolling back to front. This movement requires a stronger neck, back, and arm muscles.

Most babies begin rolling back to front at six months old. Yet, some babies are a little later on this milestone. Your little one might not master this maneuver until they are eight months old! That is fine, too.

Can Babies Roll Over At 2 Months?

Yes! There are no rules set in stone for babies reaching their milestones. While one baby will begin rolling front to back on time, others can rollover late or early.

Your little one might roll over when they are 2-3 months old. The fun news is that this is an indicator that they’ll start walking earlier too! 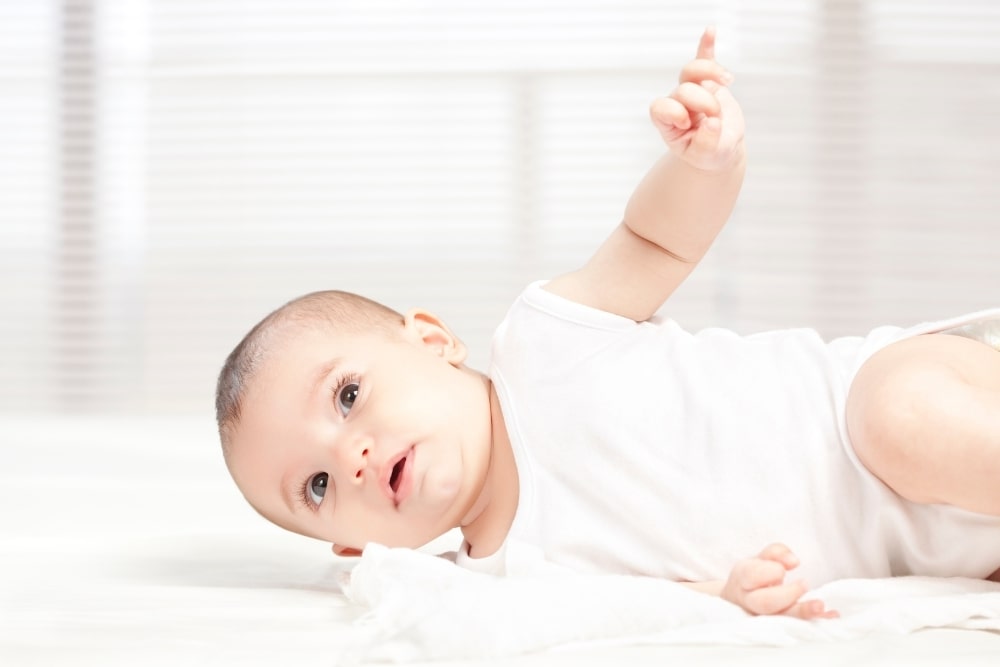 Do Some Babies Skip Rolling Over?

Your baby might not be rolling over yet. They could also skip over this milestone, and come back to it later. Some babies don’t follow the developmental timeline.

They might sit up first. Some babies crawl before rolling over. Babies can only work on one thing at a time. If they’re already working on crawling, they might focus on that. Then, your baby can go back to working on rolling over.

Can A Baby Sit Up Before Rolling Over?

Some babies do sit up before rolling over. Not only is this possible, but it’s also common. Babies need to have the muscles to hold their head up and balance to sit up.

Rolling over requires more muscle strength. This makes it common for babies that are smaller to learn to sit up sooner and rollover later.

Sometimes, a baby not rolling over is because they are behind developmentally. Some babies, like preemies, are going to be behind. For example, my grandson was born early.

Because of this, he’s developmentally behind on every milestone. He’s expected to be a month or two behind on all of his milestones.

Some of these are due to autism while other symptoms might point towards other conditions common with developmental delays. If your baby not rolling over is because of a specific disorder, they’ll usually show more symptoms than just not rolling over.

When you’re concerned, it’s always a great idea to call your pediatrician just to make sure. They’re educated on various disorders and can conduct an assessment to see if you need a referral to a specialist.

How To Help Your Baby Roll Over

If your baby isn’t developmentally delayed, yet they’re still not rolling over there are some things you can do to help them along.

Babies learn to roll over, develop fine motor skills, and more through experience. If your little one spends most of their time in a swing, car seat, or bouncer, this gives them a limited chance to learn to roll over.

Tummy time is important for both rolling front to back and rolling back to front. This helps develop core muscles. Tummy time can also help babies develop more strength in their back, shoulders, and neck.

This is necessary for babies to roll over. If your baby resists tummy time, try having tummy time with them, or lay them on top of you while you lay down. Babies usually don’t mind being on their stomachs when they’re being held at the same time.

Put Them On Their Side

Place Toys Away From Them

If your baby is interested in toys, place them away from them instead of handing them rattles. Making them reach for toys and try to get them encourages movement, including rolling over.

If your little one isn’t developing the skills to roll over, your pediatrician may recommend physical therapy. A physical therapist will work with you to help both you and your baby learn how to help them rollover.

Usually, physical therapy can help babies that are behind on physical milestones. They can also help you learn ways to help them roll over sooner or develop core strength.

Sometimes, you have a baby that was an expert at rolling over. They could roll front to back. There were no problems rolling back to front.

They seemed to be rolling over more than anything. Then, the baby stopped rolling over. This is usually because they have a limited attention span.

Babies Stop Rolling Over When Working On Other Things

When babies stop rolling over, it’s usually because they are focused on another milestone. Are you practicing sitting up with your little one? Did they finally learn how to scoot?

It can take babies longer to learn how to crawl. This can lead to them being focused on crawling for months. It’s common for little ones to stop rolling over during this period. They should start rolling over again.

Other things that babies might be focusing on could be:

If you’re concerned that they’re no longer capable of rolling over, put them on their back. Then, place a toy away from them. This is a great way to encourage rolling over. 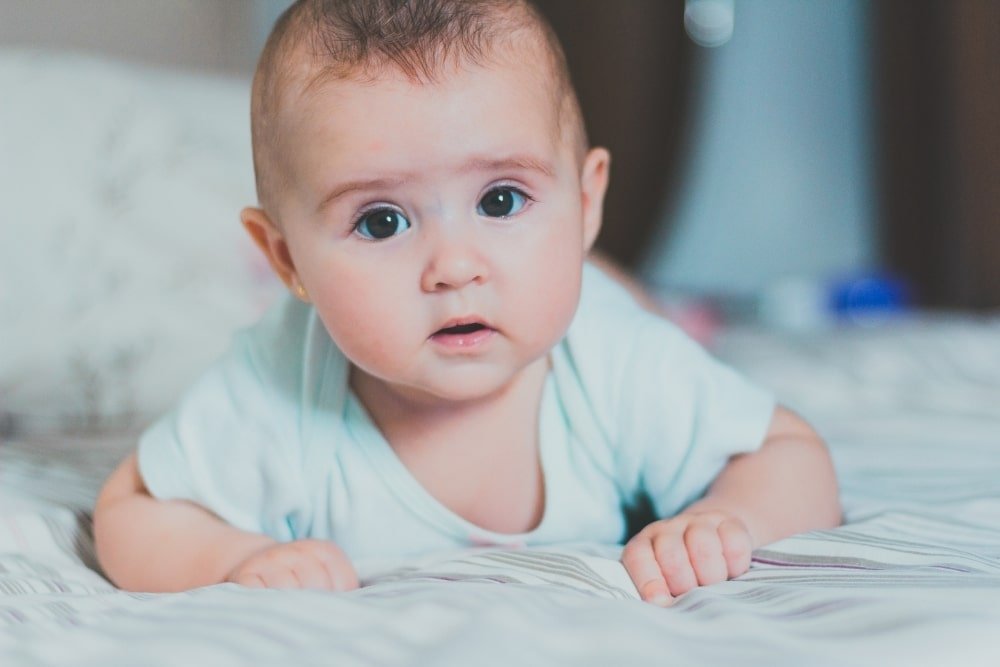 There are times when this can be a concern. If your baby stops rolling over and is not working on something else, such as scooting, eating solids, babbling more, etc. it could signal a developmental delay.

Hold up toys to determine if your little one will still reach for toys. Note if they have lost other milestones. If they have, contact your pediatrician.

This can be a sign of neurodegenerative disorders. No longer rolling over isn’t enough to be concerned, however. Babies with these conditions lose more than one milestone.

So, Should I Be Worried If My Baby Stops Rolling Over? 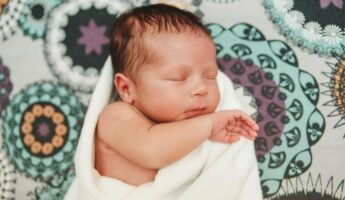 Health
When Do Babies Start Sweating? 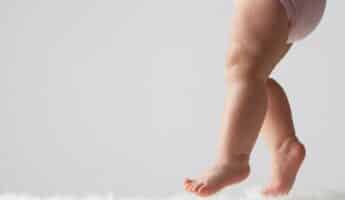 Health
Why Does My Baby’s Leg Shake? 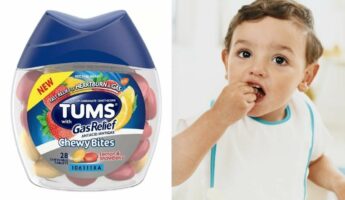 Health
Can Kids Have Tums? What Age Is Safe? 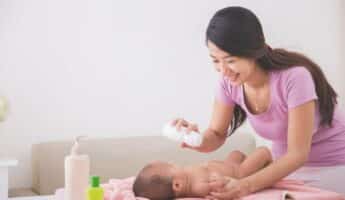 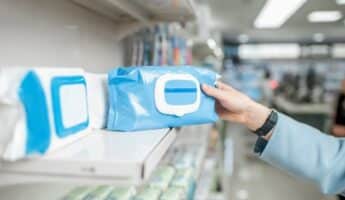 Health
Did Your Baby Eat Poop? (Side Effects & What To Do) 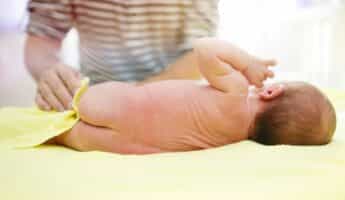 Health
Are Black Specks or Spots In Baby Poop Normal? 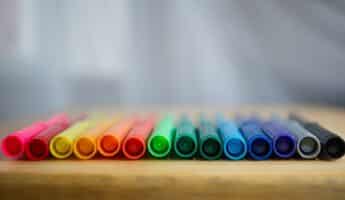