Do Men go to Baby Showers? Although the term “baby shower” is modern, the celebration aspect has deep historical roots dating back to Ancient Egypt. Typically, they were female-centered almost as though there was some unspoken rule that men weren’t allowed in.

With that in mind, do men actually go to baby showers? Well, in this day and age, there are more and more men attending baby showers than before whether they’re guests or the expecting father.

Acceptable or not, many people have an opinion on the matter as well as what to do if your baby shower is co-ed rather than female-focused.

Are There Co-Ed Baby Showers? As I explained before, yes, there are co-ed baby showers. It’s a more modernized approach to celebrating the coming baby just like it seems more mothers are starting to have baby showers for their second, third, and so on children rather than just the first child.

While I scrounged around the internet and spoke with some parent friends of mine, I learned there were various explanations as to why co-ed baby showers are seeing such a growth in popularity.

Related Post: What to Write in a Baby Shower Card

Some feel as though the father should participate as a first step to taking a role in raising the child. Through this, the father tends to invite his friends, creating the co-ed environment.

Others feel that a co-ed baby shower is simply a way to invite more of their friends and family without limiting anyone who wants to share in the joy of having a baby by showering the mother with gifts.

You may not notice such bold color styles like all-pink or all-blue as you would with female-centered baby showers. In fact, these co-ed parties typically take a modern approach to the theme much like how some parents create gender-neutral nurseries or simply warmer color styles.

Why are Guys Not Allowed at Baby Showers?

Now, another thing I touched on was an unspoken rule of “no boys allowed” when it comes to baby showers. It’s a historic and time-honored tradition that many expecting parents are happily breaking today.

Of course, there was actually some solid excuses as to why men were not allowed to show up at baby showers whether they were friends, family, or the child’s father.

For one thing, a baby shower isn’t just about the gifts. It’s an entire celebration surrounding motherhood as well as a chance for the expecting mother to speak about every aspect of the pregnancy, especially the upcoming delivery.

This isn’t just regular talk though. Many women discuss their own pregnancies and labor memories with the mom-to-be. Back in the day, these were seen as “taboo” topics that men never participated in. Thus, it was the main reasoning why men weren’t allowed at baby showers.

Not only does a baby shower give the mom-to-be room to hear stories from her friends and family, but it’s also a helpful time to put the mom at ease.

As a mother, I know firsthand how stressful it is when you’re nearing that finish line, especially if this is your first child. Anxiety is spiking through the roof as you start imagining every little thing that may go wrong, the pain you’ll experience, whether or not your delivery plans are actually going to work, etc.

Being surrounded by women that have already gone through it and can share stories is incredibly helpful. If there are men around, there’s a chance that this stress relief endeavor can become lost in the fray as unfortunate as it may be, there’s nothing they can truly contribute to that discussion.

What do Guys do During a Baby Shower?

So, say that, in spite of tradition, you want to allow men to come to a baby shower. Of course, it’s your choice, and you can do whatever you feel comfortable with.

Now that you have the guys there, what are they doing?

I mentioned before that they can’t exactly participate in the usual talk about pregnancy, labor and delivery, nursing, and all the other fun stuff us moms go through.

So, guys usually flock to something simple whether they want to be at the party or have shown up thanks to the “strong recommendation” from their wife or girlfriend.

This includes merely chatting with other people they may know at the party, or taking full advantage of the free drinks and food. If other guys show up, then they may be even more comfortable then as the men tend to gravitate off with each other.

If you want to take things to the next level, you can always help the father-to-be a diaper party at the same time your baby shower is taking place. A diaper party is simply an excuse for guys to come together for the baby in a way that works for them such as having their favorite food and plenty of beer on hand.

This little get together for the guys can happen in the next room, in the basement at your house if your shower is in the living room or your backyard, or they can even have it at someone else’s house entirely.

It’s a way for the guys to feel as though they’re participating while they have fun “dad talk” with fellow fathers, drink, eat, and perhaps watch TV.

What to do at a Baby Shower with Husbands or Dads

Just because the father-to-be is at your side during the baby shower, that doesn’t mean you can’t do the usual things you do at a shower.

There are still gifts to be given, and not just gifts for the baby like clothes, diapers, toys, and all the other essentials.

Moms-to-be can get quite the haul at a baby shower though. Friends and family focus on making sure you’re as comfortable as possible throughout the rest of your pregnancy as well for afterward.

If the dad-to-be is also there, consider gifts to help him out too. For example, there are baby carriers and even diaper bags designed just for men that he’ll surely appreciate.

Whether you just want finger food or go all out, it’s always good to feed everyone no matter if it’s a female-centered baby shower or a co-ed one.

With the dad-to-be lingering around, you can always include him in the food aspect. Consider hosting a backyard BBQ and have him man the grill as per usual. This gives him a more important role in the shower.

Also keep in mind that all the cutesy baby shower food like little baby-shaped cookies may not be the only type of treat guys want to see there. So, add some variety in your treat selection while still sticking to a color theme.

Guys may not be able to share stories on how it felt going through labor and delivery, but there are fathers who were in the room every step of the way. Perhaps the dad-to-be is experiencing some anxiety too on how to support their wife or girlfriend.

If so, have some dad talk around the role they’ll play in that room to help ease some stress off their shoulders.

5 Fun Ideas for a Male Version of a Baby Shower

For those of you who are fully into this idea of a co-ed baby shower, I do have some fun ideas for you (or anyone who may be planning it).

Before anyone even gets to the baby shower, they’re going to understand the theme once they see the invitation. So, let’s elevate that and make it funny.

Create the atmosphere by giving the shower a title like “Burgers and Babies” or “Baby Cave” as a play on the usual “man cave” guys have.

With a male version of a baby shower, you can ramp up the competition to get all the guys excited about playing.

A fun dad duty practice game can be on making lunch. In fact, make it a competition. Who makes lunch faster for the baby, toddler, or school-aged child? Well, you’re sure to find out what the dad-to-be is capable of after this game.

Now, who doesn’t love a good old fashion diaper changing race? Round up some life-sized baby dolls, some diapers, and get to racing. If you really want to take it to the next level, blindfold the guys and let the hilarity ensue.

Do you love seafood? If so, turn a guy’s baby shower into a seafood broil, especially if it’s nice outside and you can do it in the backyard. The men can gather around and still discuss parenthood, but do it in a way that’s relaxing for them.

Have a lot of baby bottles around? Fill them up with whatever you want from milk to juice, to alcohol and have a chugging race with the guys. Sucking down drink through that tiny hole is harder than it looks, but fun for everyone involved.

Not everyone is in agreement about men at a baby shower, and that’s okay. You can still have a female-centered, traditional shower if you’d like. For those of you who want to involve guys, there’s plenty you can do, and I hope I’ve given you some more insight into it. 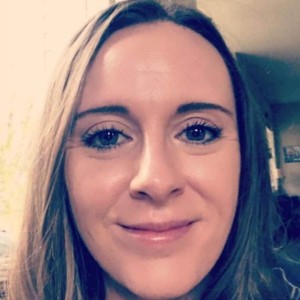 Hello, my name is Lorie and I'm a mother of three beautiful kids. I have a masters of science in education, learning design, and technology. I like to share my experiences from raising 3 kids and review products I've found useful.
PrevPreviousIs Feeling Cold During Pregnancy Normal?
NextCan Digital Baby Monitors Be Hacked?Next