Is It Rude To Bring Your Child To A Baby Shower? 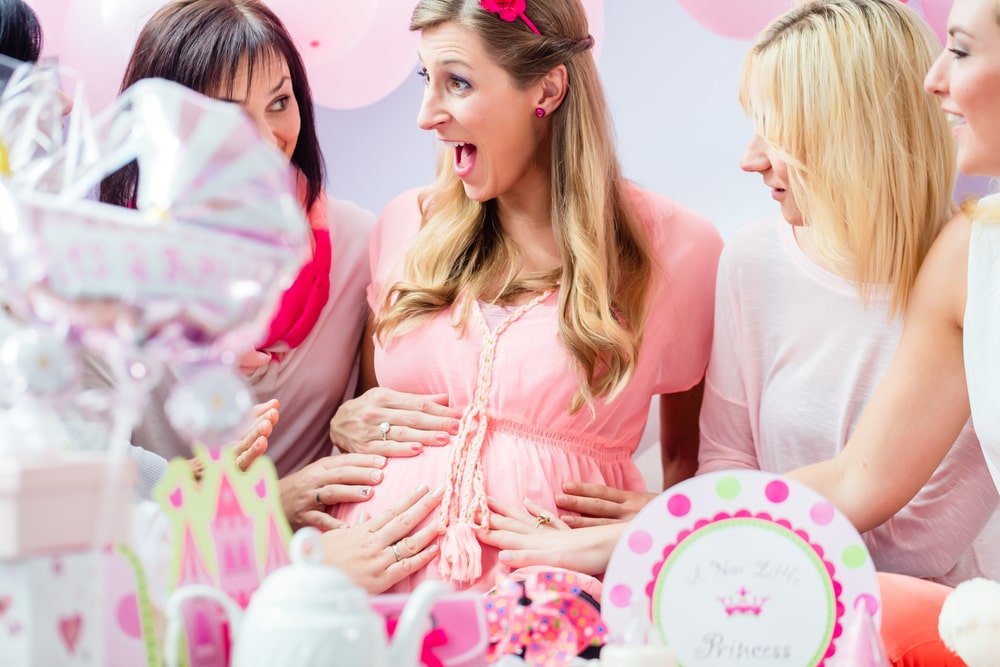 Baby showers and sprinkle showers are always fun! It makes sense that if you’re invited, your little one would be too. But some people prefer to keep other kids off the invite list so that the shower is less chaotic.

This also brings all the focus to the soon to be newborn baby versus parents having to chase down their own children. This can be confusing.

However, learning a few things about baby shower etiquette will guarantee that you know whether it’s rude to bring your little one to the baby shower.

Is It Rude To Bring Your Child To A Baby Shower?

Sometimes, it isn’t polite to bring your child to a baby shower. The hostess might even be extremely offended if you walk through the door with your kids in tow. This is usually because of a misunderstanding, though.

Perhaps the hostess did not specify, and you assumed it was okay because you weren’t aware of the latest baby shower etiquette trends. It happens.

Just make sure to read these baby shower etiquette tips for future reference, or if you’re not sure what to do for an upcoming shower.

What Does The Invitation Say?

If the invitation specifically states that attendees are welcome to bring children or little ones are included, you can feel comfortable bringing your baby to the baby shower.

When a hostess includes this, it instantly takes the guesswork out of figuring out whether you can bring your child to a baby shower.

At the same time, pay attention to wording that implies your baby is not included on the invite. A hostess might state that they prefer guests to be over the age of thirteen, for example.

The invitation might also indicate that only the person on the invitation is invited. This is an indirect way of stating that they would prefer people not to bring children, friends, boyfriends, etc.

Many people choose to do this when they would like to have a small get together instead of a giant blow out. It’s extremely common for sprinkle parties.

Did The Hostess Mention It?

Usually, if it’s not stated on the invitation, which is also common, the hostess will assure you that your kids are more than welcome when you RSVP. They may have forgotten to include it on the invitation.

Sometimes, a hostess might also want to exclude rowdy children in their family, so they may have intentionally omitted it on the invitation. If yours are invited, they will more than likely mention it.

In some families, all the children come to baby showers. This is the norm, so it’s assumed that it’s the norm at other baby showers. Unfortunately, this can be extremely rude.

It can result in guests being more concerned with the baby than anything else, such as watching the soon-to-be mother open her gifts. In some families, baby and sprinkle showers are only for adults.

This is why it should never be assumed that it’s okay to bring the baby.

Because some people are accustomed to their own family traditions, such as bringing or not bringing babies to baby showers, the hostess might not mention it.

This is because they assume that other people follow the same baby shower etiquette. If it’s not mentioned on the invitation or during the RSVP conversation, ask them whether your baby is invited.

A polite way to do this will be to ask if children are invited as well.

If children are not invited, don’t negotiate. This is poor baby shower etiquette. Whether a baby is breastfed, the baby sitter cancels or whatnot, stray away from trying to negotiate with the hostess. This is rude, and it can be offensive and build resentment.

If you want to go but it’s impossible to find a sitter, ask if you can bring your baby given the circumstances. If the hostess states that children aren’t invited, leave it alone, and send a gift instead.

Traditional baby shower etiquette is that only the people on the invitation are invited. Most people will state on their invitation that children are not invited via a tactful phrase, such as “adults only please.”

However, with the new baby showers being full of children, co-ed baby showers becoming increasingly popular, and some people making Facebook events instead of invitations, it’s understandable to wonder.

Is it really rude to bring my child to a baby shower? If it’s not stated on the invitation, it’s probably rude. Follow traditional baby shower etiquette to avoid being unintentionally offensive.

My name is Amber Dixon. I am a mother to three wonderful children, and recently welcomed a beautiful grandson into the world as well as into my home. I've learned a great deal about raising children through my own experiences as a mother, but also from several other places. While working at a daycare full time, I learned about childhood development, teaching children, and more. Through earning degrees in Social Work, I was educated about human development, including a great deal about children and childhood development. My education and experience combined have taught me a lot about children of every stage and age, and I hope that I can help you on your journey to becoming the best parent that you can be!
PrevPrevious394 Questions to Ask Kids (Fun, Silly, Get to Know Them Questions)
NextCan Humans Use Dog Shampoo And Vice Versa?Next