A child left feeling abandoned by their parent over an argument is just about the last thing most parents want deep down for their children.

The teenage years are a significant time for every household, and we get it. Thing’s get tough. And it could get really sour to the point you’re wondering if it’s legal to kick your 16-year-old out of your own home.

We’ll cover that in this article, and much more. Oftentimes parents kicking their children out before 18 years old is looked down upon by society, and by your child once they’re grown after they get established on their own.

Kicking your child out in an unhealthy manner can stick with them for the rest of their lives.

It’s their first real lesson of vulnerability and if they didn’t move out in a constructive way towards their life, there can be long-term damage for both parents and the teen involved.

The Laws Behind Kicking An Underage Teen Out of Your Home

As a parent, who gave birth to this now older version of your baby, you’re technically responsible by law to take care of your child until they are 18 years of age, or otherwise declared responsible for themselves.

It can be determined as child abandonment if you simply kick your kid out, without any alternative set in motion for them to move and forward.

In other words, you’ll have to file some forms with the court system, wait for them to approve your decision to lift your legal responsibilities of being their parent.

Leaving your child to fend for themselves before the age of 18, no matter how out-of-control they are, could potentially put you trouble with the law. 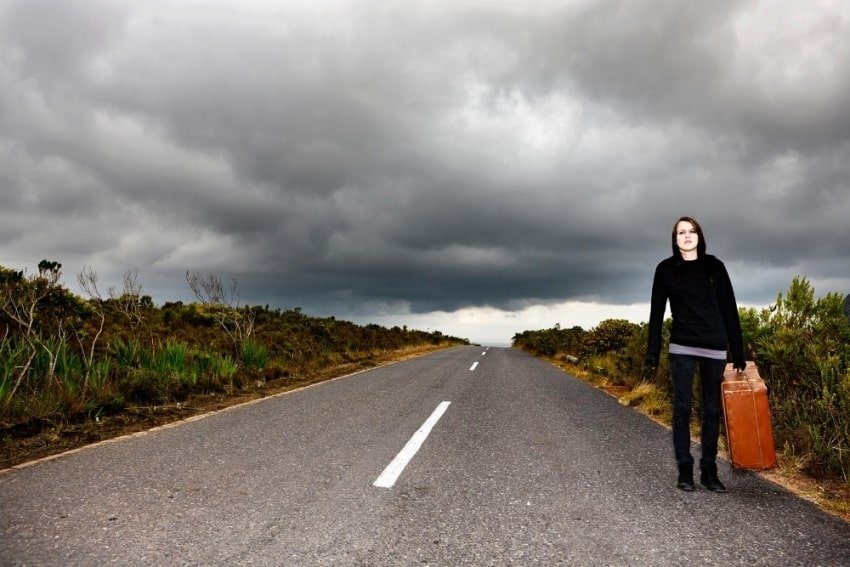 Many parents do kick their underage kids out when the living situation gets too hot for everyone involved. Plus, many kids will take that route, to go live with friends or a boyfriend without any issue.

Yet, according to an article written by a legislative analyst, Susan Price, she writes that there are other options to explore, if your teen has run-away, is in a crisis, or you wish to have them move out immediately.

One issue with kicking your child out, while you still contain legal responsibility for them is the fact that they’ll run into questions at the doctor’s office, or a new job while seeking employment.

An emancipation order might be best for your teenage child and parents if their child must be out of their house at the age of 16 years.

It sounds like a big step in the wrong direction, but really this is saying that the teen involved will have legal responsibility for themselves from here on out.

If Your Teen Keeps Running Away

This can be beneficial in situations that your child is getting in trouble with the law, running away often, or branching out in a very independent way of living.

Sixteen years old isn’t far off from 18 and some kids just push to get out sooner than the day they turn 18.

If Your Teenager Becomes More Independent or Wants To Get Married

Emancipation is also considered in situations where parenting responsibilities don’t align with the relationship of parent to the child anymore.

In situations where a 16-year-old might be off to get married before the age of 18, or they wish to become fully independent, this can be a healthy option. 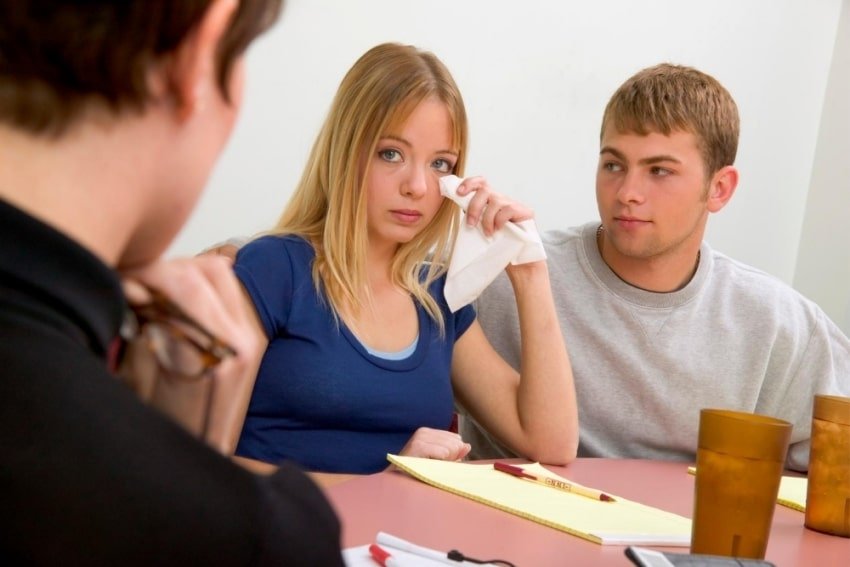 In fact, Connecticut has already established a law for teens who are in the age range of 16 or 17 wanting to become emancipated. This law makes it possible and legal to emancipate your teen, as long as the following circumstances are in place.

They will be married, they will serve in the Active US Military, a living situation has been established where teen provides financially for themselves, or there is suitable reasoning that the teenager will leave their parents home.

The law covers all grounds that shift for an underage child and their parent who becomes emancipated. They will now:

Youth In Crisis orders are helpful for parents with out-of-control teens who have started acting out, running away, or threatening to move out on their own.

Parents who pursue this are asking the court system to step in and be of assistance to their teenager who is acting beyond their control.

Once a Youth in Crisis order is established for a 16 or 17-year-old, the court system now has jurisdiction over these teenagers.

Courts can demand that the teenager carry out certain programs or services, and the system can follow through with consequences to make sure the orders are followed through.

For your teen to qualify for a Youth in Crisis Order, they have to have carried out one or more of the following behaviors in the last two years:

Once the paperwork has been filed, the court’s punishments for the teen not following through with set requirements can range from them having their driving privileges revoked to having to do a certain amount of community service hours.

Are There Healthier Approaches Than Kicking My Teenager Out?

As parents, we get out buttons pushed constantly by our children. They just seem to know how to inflict the deepest form of anger in the heat of the moment. 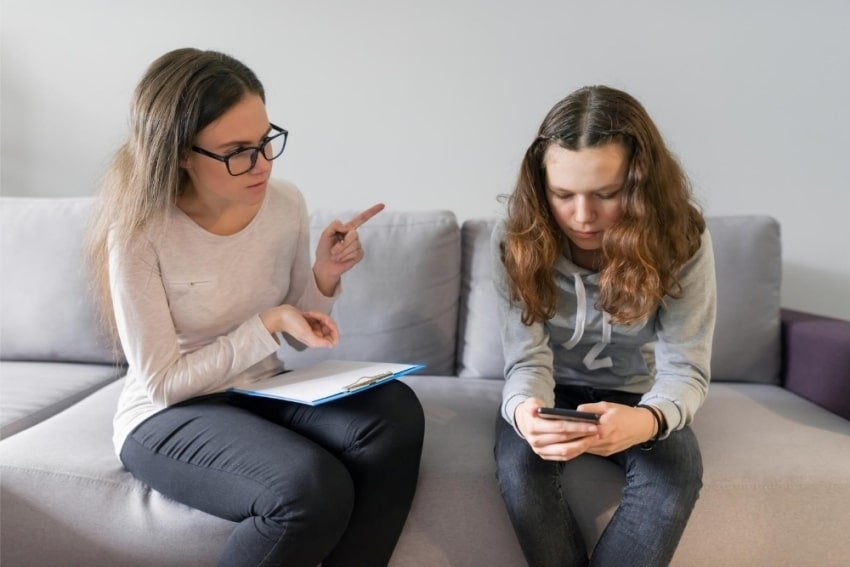 As arguments begin to escalate during the teenage years, which they do, parents might feel the urge to kick their kids out.

Some parents do kick their kids out when they can no longer stand the tension between their 16-year-old, but some parents might end up regretting that they ever kick their teen out.

What’s a healthy or constructive approach to cooling a heated situation with your teen that leaves parents feeling like they aren’t worthy of being under their roof or if the law gets in the way of kicking out your teenager?

There are plenty of methods to try before resulting in kicking troubled teens out of the house.

Listen To Them and Evaluate Their Behavior

Sometimes teens are just going through another tragic phase in their lives, and we all know how important it is to have someone there to listen to us in a crisis. You probably went through these things as a teenager yourself.

Maybe this is your foot in the door, that you have been through similar things before. Try to find a calm and collected center to stand on when evaluating your kid’s behavior and words during this time.

What’s going on in your teen’s life is crucially important, during these fragile years, come many long-term effects. How any person of any age is acting serves a purpose. They are giving a message even if it’s subtly in their outbursts of behavior.

It’s our job as their leaders to decipher their way of communicating attempting to help them relieve their feelings.

Are There Any Other Warning Signs Happening

Look for the smaller things like self-care changes or them cutting back on the routines they used to enjoy.

Have they been hanging out with people they didn’t use to? New friends can bring new phases and ideas to your kid that they might not see the consequences for.

If your child seems to have random new friends or engaging in substance abuse, you could help the situation your kid is getting himself into significantly, by helping rather than hurting things by giving your kid the boot.

Odd and erratic behavior can indicate further mental health issues that your teen may be dealing with. Maybe they need more help rather than being pushed away at this time.

The Fact Remains That You’re Dealing With A Minor

Teens who are feeling troubled, and confused might think they’re adults already. But, in reality, they aren’t yet grown.

The way that your teenager is processing information and situations is way different than an adult does. They are extra emotional. Plus, they have an underdeveloped prefrontal cortex.

The prefrontal cortex involves all the decision making your teenager will be doing, the irrational behavior, and their lack of level-headedness when it comes to making decisions. 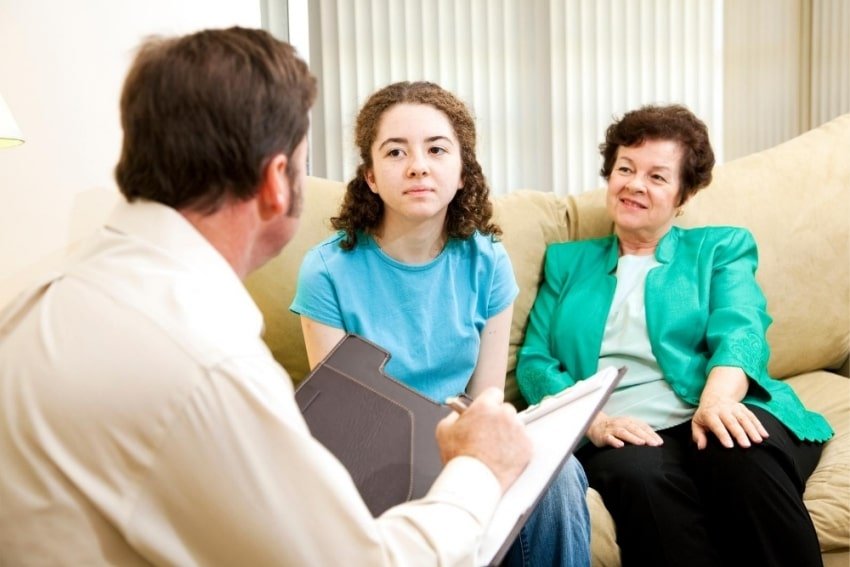 The prefrontal cortex is basically the one that’s in charge of the brain, and while it’s still maturing humans can make some strange decisions.

Remember that patience is key when dealing with a teenager. They might not see your point of view or be accepting of it. Take space as you need, or if they need space from you, it gives them time to think about the situation at hand.

Question and Seek If They Need Outside Help

It’s not always our job to resolve our teens’ issues. Yet, if what’s going on just seems out of your hands, you might be feeling confused and unsure of yourself.

Outside help from the family pediatrician, or finding a holistic psychologist in the area is often helpful.

They get the message that there is help beyond their parents, tools to use when times get tough, and an outside perspective on what’s happening to them. The tricky part is presenting the option to see a psychiatrist to them in a gentle way.

Most of the time when we’re on the verge of kicking out our teenage tyrant, we aren’t having the happiest conversations with them when we do find chances to communicate.

Some days, few to no words are even said to one another without the chance of an explosive argument breaking out. So, when the chance is right, and before it’s too much, present the idea of them talking with a therapist.

Think about the terms, and ideas that they have been open to in the past. Or friends they have that they’ve spoken highly of, in terms of wording it an appropriate way.

Use terms that they’ll understand, sparking interest on a personal level with your teenager is key to them accepting outside help.

Let them know of times you saw a therapist if it helps. They need to know they aren’t alone. You can consider family counseling too, before kicking your teenager out.

Most importantly, don’t give up. Your teenager is in need of help right now. They need support, love, and family now more than ever before.

Even though they won’t say it directly, they’re asking for help in their own way with all of their chaotic behavior. Be patient and wait for your teen to come around, being compassionate towards them.

Two Words You May Regret: “Get Out” – Psychology Today

Can We Legally Throw Out Our 16-Year-Old Son? – Law and Parents

Can Parents Kick Teens out of Their Home? – Find Law 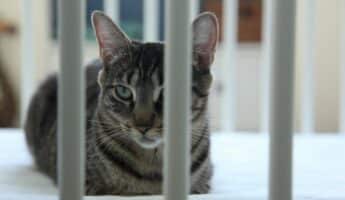 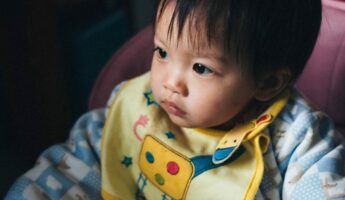 Baby Gear
How Many Bibs Do You Actually Need For Your Baby? 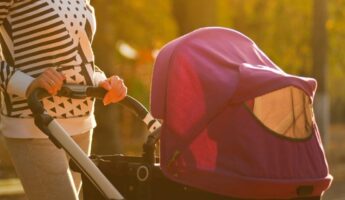 Parenting
How To Unfold a Graco Stroller 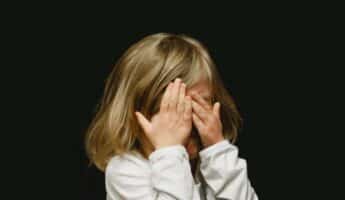 Parenting
Is Your 5 Year Old Obsessed With Private Parts? Is It Normal? 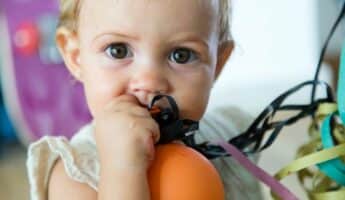 Parenting
Why Is My Child Chewing On Clothing And Other Things? 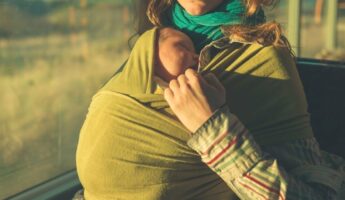 Parenting
How to Travel With a Baby in a Taxi, Bus or Boat: Safety Tips 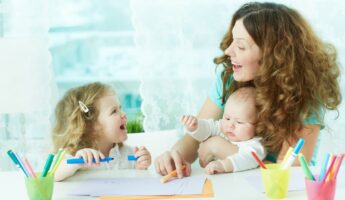 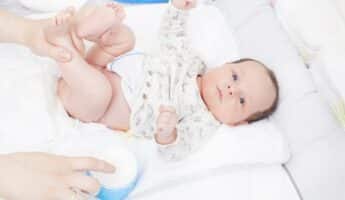 Parenting
How to Apply Diaper Cream: Step by Step