How to Get a Child Passport With One Parent Absent

As a single parent, things are a bit different when it comes to applying for a US passport.

Passports are designed to keep kids safe from one or the other parent abducting them and traveling to other countries during a custody battle or such this could be really helpful in certain situations.

Regardless, there are many parenting situations where one parent has chosen or simply is unreachable. They could be unreachable by their own choice or by the way things played out during a nasty separation process.

So here you stand with you minor children, saved funds, and plans for the trip of their lifetime. You went to grab their passports, but then you seem to have hit a brick wall.

What are the ways to get through this smoothly? What are the most logical options, and what do you want to avoid during the process of obtaining your children’s passports?

Recent Changes in the US Government

The US government adjusted its rules to require both parent’s signatures on them, making it so that kids under the age of 14 are required to have signatures from each parent.

Absent or not, this makes it quite difficult for single parents who don’t have full custody of their kids,

Until that year, parents with kids under the age of 14 were able to smoothly go through the process, without the other parent even knowing or signing off on it. They didn’t need to know anything about it in reality.

In 2007, they passed a law that states if children and parents are traveling by air or ground then passports are necessary for the trip if travel is taking place between the US and Mexico, Canada, South or Central America, Bermuda, or the Caribbean.

Prior to the year 2007, it was possible for children to enter these countries without having a passport at all, as long as their parents had one on-hand.

If you’re in a custody battle, the application process tends to be a bit trickier. 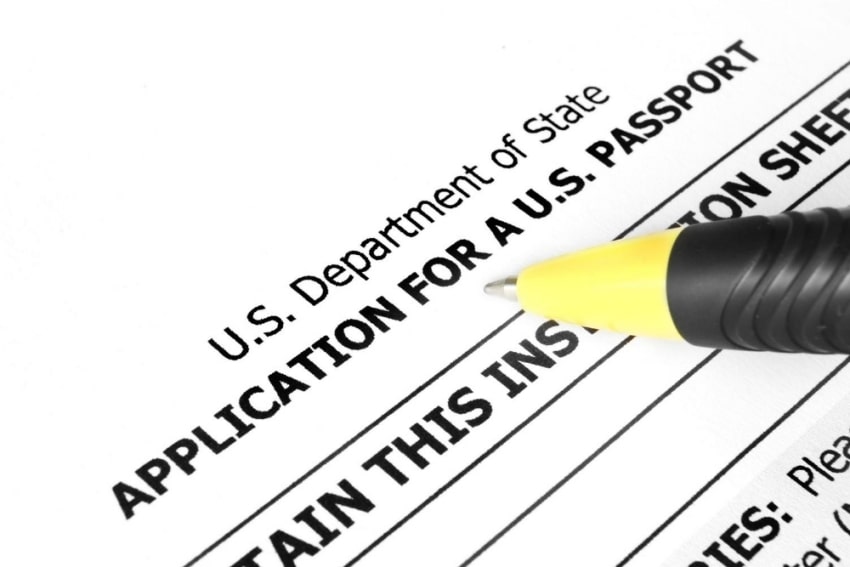 According to thomaslawoffice.net, if you already have full custody or have been granted the authority to make all primary decisions over the child, it’s possible might be able to obtain a passport regardless if you have a signature of the other parent or not.

Yet, if you aren’t yet in the phase of a custody battle where the decision of who has legal decision-making authority or sole custody has not been established, we move forward to see what is on the birth certificate.

Your Child’s Birth Certificate Could Help

If the parent looking to get a child passport was not included on the birth certificate at the time of birth, they will need the consent of the other parent.

But, if the parent who needs the passport was or is the only one listed on the certificate of birth, then it doesn’t make a difference if the other parent consents. A single parent solely listed on the birth certificate gets a passport for your kid without issue.

Thus, the guardian who is applying for the passport will need to move forward, and submit a form for what is called an ‘object over the other parent’ to be granted a passport approval.

Can A Judge Override The Other Parent’s Objection

After submitting this form, and having it granted, all other requirements established by the US passport administration must be met before the passport is granted without the other parent’s consent.

Guidelines When A Parent Is Absent During Passport Application Process

Guidelines are as follows by State.gov to release a passport if any parent is applying for a passport and the other parent has failed to appear or court has ruled over the decision to object consent of the passport.

Keep in mind that each minor must appear in person themselves at the time of submitting all documents and applying for their passport.

If you can’t get the other parents signature, then you can consider all of the following:

Ask them to consent, apply for an over-objection in court, and apply for a passport following through with the guidelines according to State.gov as mentioned above. 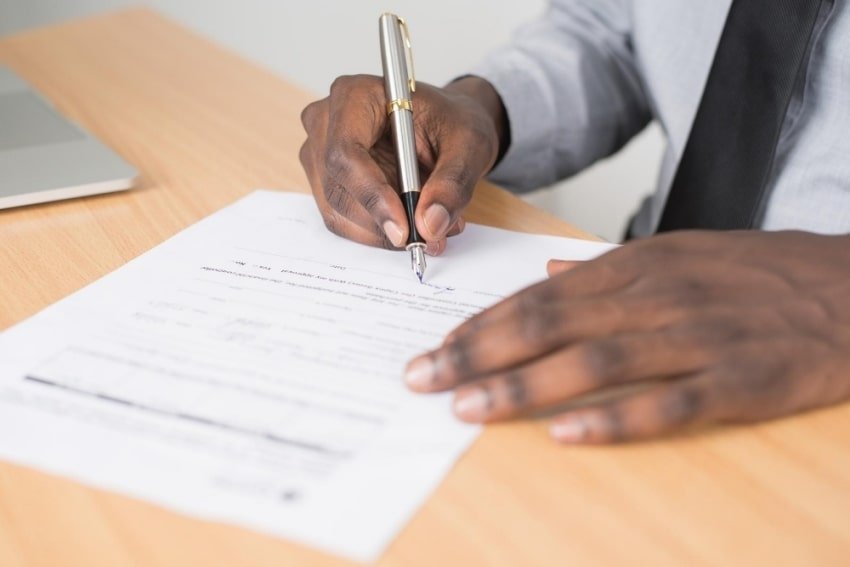 Furthermore, if your child is 16 years or older the passport issued to them will valid for up to 10 years and if they are under 16 years of age, your US passport will be valid for 5 years. Both of which can be determined shorter only by the Secretary of State.

Protect Your Children From Passport Abuse and Abduction

It’s important to take advantage of the Children’s Passport Issuance Alert Program. This program protects parents who are susceptible to the other parent gaining a passport for the child without them knowing, putting them in a sticky situation.

If enrolled in this protection program, the Department of State Protection of Children Office will get a hold of you if at any time the other parent meets all of the requirements to obtain a passport for your minor.

In many situations, this has been quite helpful so that the child will not be taken out of the country without the consent of one parent.

Parents who have signed up on their own will be notified as soon as the application for a passport reaches pending status. Children who aren’t a US citizen or don’t qualify to become a citizen won’t be able to utilize the program, unfortunately.

Regardless, if your child qualifies for the program or not, if you feel concerned that the other parent will take your kid out of the US behind closed doors or other fraudulent acts, you should get a lawyer as soon as possible.

Question: “My daughter lives with her mother in Wauchula, FL. I recently learned that she has a passport and has been out of the country without my legal permission? How do I find out more about this?”

Answer: Passports for minors age 15 years or younger require the consent of both parents unless one parent has sole legal custody. Then your consent would not be necessary.

Minors age 16 and 17 can apply without the consent of their parents. Parental consent may or may not be requested.

You can apply for a passport record for your daughter. The fee is $50 and it takes up to six weeks to process. The records do not include proof of travel.

It only includes information concerning the application and supporting documents that were submitted to obtain the passport.”

My ex got a passport for my kid. How do I revoke it?

Another parent’s situation consisted of a passport they wished to revoke that the other parent was granted.

Question: “My daughter’s mother has taken my daughter to Paris on several occasions. I’m wondering how she obtained a passport if I never signed any paperwork. She never put me on my child’s birth certificate, but the question of her being mine has never been an issue. I am working to have that fixed, but with no cooperation from her.”

The only way that your consent would be required is if you had shared legal custody. If you want to pursue this, you need to consult with your lawyer.”

We have a restraining order on the parent objecting

Question: “I am trying to leave to Guam and I have two kids and their father has a stay-away order. Could I still get their passport without his consent?”

Answer: If a restraining order is still in effect, you may submit it with Form DS-5525  and the rest of the application requirements for a child’s passport.

Going on to say that applications processed with Form DS-5525 are processed on a case-by-case basis upon further consideration. Those children who has a parent with a set restraining order may or may not be granted a passport. 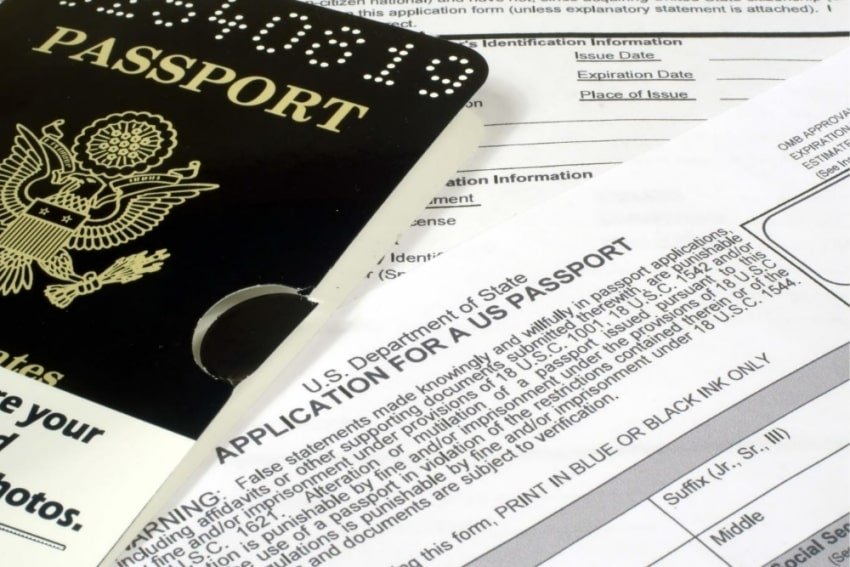 On August 26, 2020, travelstate.org posted a notice to all parents applying for a passport for children age 16 years and under. The statement contains the following message:

To prevent the spread of Covid-19 and to protect the workforce as well as customers, they have significantly reduced passport operations in March of 2020.

Their message says that they’ve temporarily suspended all expedited passport services coming from direct mail or through an acceptance facility.

They have also restricted all in-person services at processing centers, but are continuing to expedite all emergency cases that include life or death situations. Then goes on to state that they are following the phase process to re-open eventually.

On Monday, August 24th, a total of 9 passport agencies reached phase 2 and another 12 agencies are in phase one of the three-process reopening phase.

You might have to scout out alternative resources to obtain a passport for a minor during the re-opening phase. See Covid-19 notice here.

While it might be quite the challenge to get a passport for your child if you’re a single parent who doesn’t have sole custody or authority of decision making over your child, don’t let the challenges stop you from getting one.

Family vacations, or visiting another country for other reasons is a lifetime opportunity for kids and parents to do together. Begin filling out your application for a child passport as soon as you anticipate going on a trip or as early as possible.

That way you have plenty of time to work through the documents, collect any necessary signatures, and get a hold of the forms needed if the other parent will not be present to consent.

Sometimes even waiting for a court date might be necessary to have an objection surpassed by the Department of Security. In any case, filling out the documents properly and with all requested information gives you the best chances of being approved.

Every family’s situation is different. The research we’ve done will give more guidance to official state websites like travel.state.gov and uspassportserviceguide.com.

You can navigate around those websites if you need to do a bit more research for your personal situation. We do hope this information relieves some of the questions you might have while planning an entire family vacation simultaneously!

We know how intense traveling can be on its own, and obtaining a passport should go as smoothly as possible. 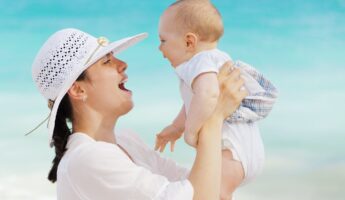 Parenting
What Happens If You Don’t Talk To Your Baby? 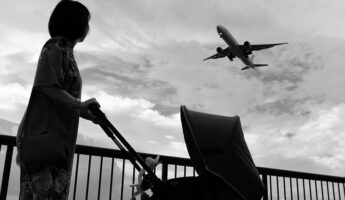 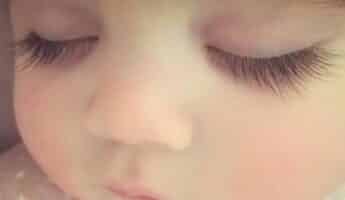 Parenting
When Do Eyelashes Grow On Newborn Babies? 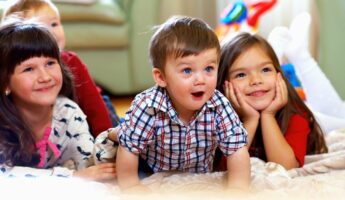 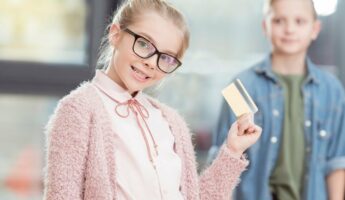 Parenting
Can I Get A Credit Card In My Child’s Name? 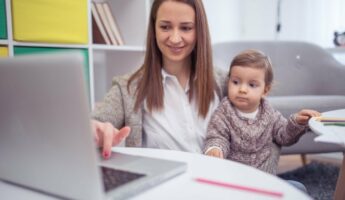 Car Seats
Uber And Car Seats: Learn What You Need To Take Babies, Infants Or Kids In An Uber In 2022 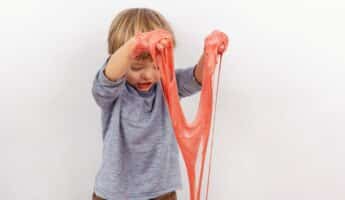 Parenting
How to Get Slime Out of Clothes (10 Easy Methods) 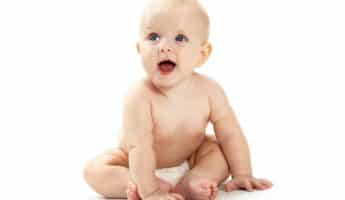 Parenting
How to Help Your Baby Sit Up Successfully