When Should a Child Be Able to Count to 100?

As a parent, seeing your child develop and reach milestones is something to celebrate. After giving birth to our children, close relatives eagerly await the years to come as toddlers grow.

Once the age of two comes around the corner, we know that walking, then preschool, then eventually mathematics are all big accomplishments for our young ones.

One of the first activities we do with our kids after they initiate communication through speech is counting. Most of us start with on to five, then ten. Our next question quickly becomes how high they could potentially count if they ‘ran with it.’

Counting to 100 is a huge milestone. It shows independence, memorization, and even the ability to graduate Kindergarten from a public school in today’s society.

Many parents of toddlers wonder what age their child will be able to count to 100, and if it varies from kid to kid.

Before kids are able to count to 100 accurately, they need a bit of practice to prep them for higher counting abilities.

Between the ages of 2-3, most kids can recite numbers 1 to 10. They’ll be able to tell you how many objects are left from 3 if 1 is taken away from the group.

They can hold up the numbers 1 and 2 on their fingers regularly, and understand how to divide 8 toys between two friends using the “one-for-me” and “one-for-you” verbal expression.

By the age of three and a half and beyond, toddlers develop the math skills necessary to add and subtract in small quantities – like 1+2 and 4-2. 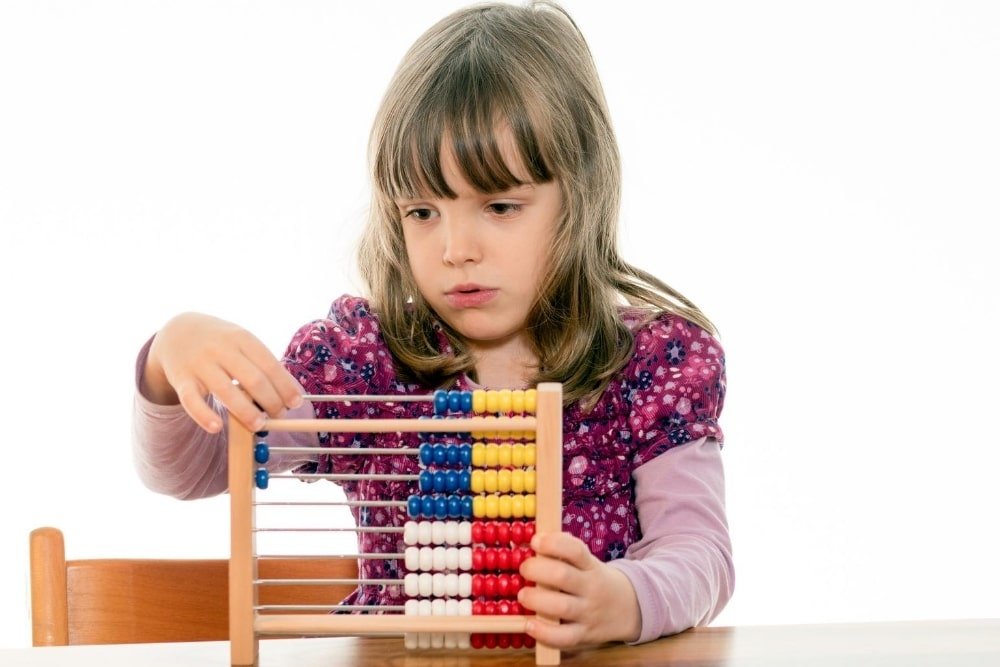 Each time they’re asked, they will give a fairly accurate answer. They will also be interested in subtraction and addition at this stage.

However, they can also display the number 5 on their hands, can count 1-30, and might compare the length of objects by saying which one is longer when held side-by-side.

They’ll also be able to recognize that when a pile of toys has more toys added, it’s bigger. Likewise, they’ll recognize if toys are taken away, the pile gets smaller.

Between the age of 4 to 5, kids begin their backward counting mathematical expressions, starting from five down to one. They’ll begin using terms such as first, second, third, fourth, and so on.

Preschool children, around this age, will be able to do simple mathematic word problems that equal up to 10 or as little as 1. If a parent asks their kid “if you have two dolls and I give you eight more, how many are there now?”

Your child should give the correct answer: “10 dolls.”

They’ll likely begin to practice writing out numbers and recognize them each time they are asked. At this age, they can also start their counting upward from numbers outside of one – for example starting at 8 and counting to 15 – and so on.

A big learning leap in mathematics happens for children in this age range. Maybe that’s why kids start their Kindergarten year at this time.

They’ll be meeting more advanced math milestones by the age of five years old and will get better with more practice out in the real world.

If asked, they’ll recognize a group of five objects by looking at it. Dividing can now be implemented into playtime with groups of friends.

For instance, they can divide a set of 20 among 5 people or other large sets between numerous people. They’re able to organize good sharing.

They can also compare the length of objects using a piece of yarn or string. Kindergarteners will possibly practice writing two-digit numbers as well.

Kids ages 5 to 6 will recognize patterns of objects and identify a number to the sections of a sequence, for example, 4 rectangles, 8 triangles, 3 squares repeated onward.

This age group often begin learning to count in number sequences, starting at random numbers instead of just starting at 1 – counting from 8-12 or 16-20 per se. 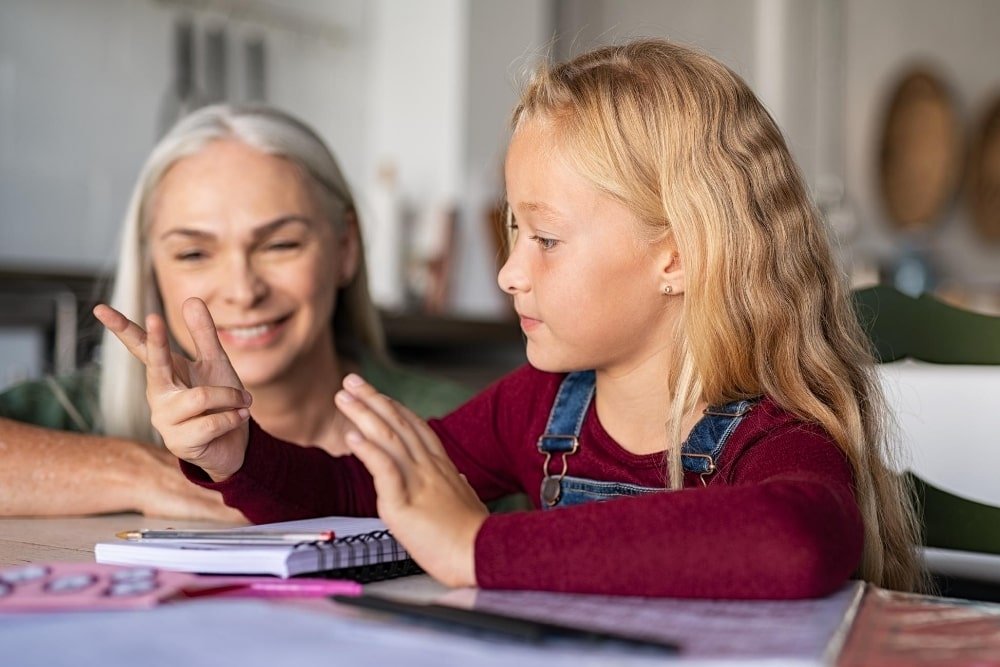 At What Age Do Experts Agree Most Kids Will Master Counting to 100?

With all of that said, counting to 100 often and accurately can be mastered anywhere between the age of three-and-half to five-and-half years old, except no later than the age of six.

This is about the time that most parents will really see their children can count to 100 without much help.

One day, they’ll blurt it out and want us parents to hear them say it out loud. Most kids recognize that this is a great math milestone to reach and will be proud of their abilities.

A Word From Parents

It seems that the earliest parents in the internet world spoke of their kids counting to 100 was at 3 years old and her child could also speak Greek and one other language.

So, it was clear the case was that they had tons of practice time, and worked towards counting to 100 specifically. The average age parents recorded in the chat forum was late 5 to early 6 years old.

Some parents mentioned their children not being able to count to 100 by the age of 6, but how they were not at all worried about it since it was clear their child is capable of other developmental milestones.

Is It Required that Kids Count to 100 to Graduate from Kindergarten?

It doesn’t seem to be a crucial law to have a child learn to count to 100. Your child will still graduate from kindergarten onto the first grade.

It more seems like a rule of thumb, that teachers and parents work towards mastering by the end of kindergarten.

According to Gradeschools.org, children will have learned to count by ones and by tens up to one hundred throughout the school year.

Another parent reported that her daughter’s teacher wanted the child to be able to count to 70 without hesitation to move onto 1st grade.

While it seems there is some leniency throughout this general rule of thumb, every child is unique. It’s up to us parents and teachers to honor their flow of learning just a bit.

There is no one size fits all, and many kids master counting to 100 by 1st grade really.

It’s always a good idea to practice mathematics with your children early on since it will be a part of their daily lives from childhood through adulthood.

It’s a fun thing for parents to interact with their children about, you can do it during a walk in the park, or counting cars while driving. Just start counting! You’d be surprised how quickly they catch on.

After reading this, if you feel that your child might feel challenged when it comes to counting skills, there are plenty of things to consider. You can hope to give a push forward or recognize the possibility of potential learning disabilities.

The parents of troubled counters might not even understand why their child is having such a hard time counting any variation of numbers. 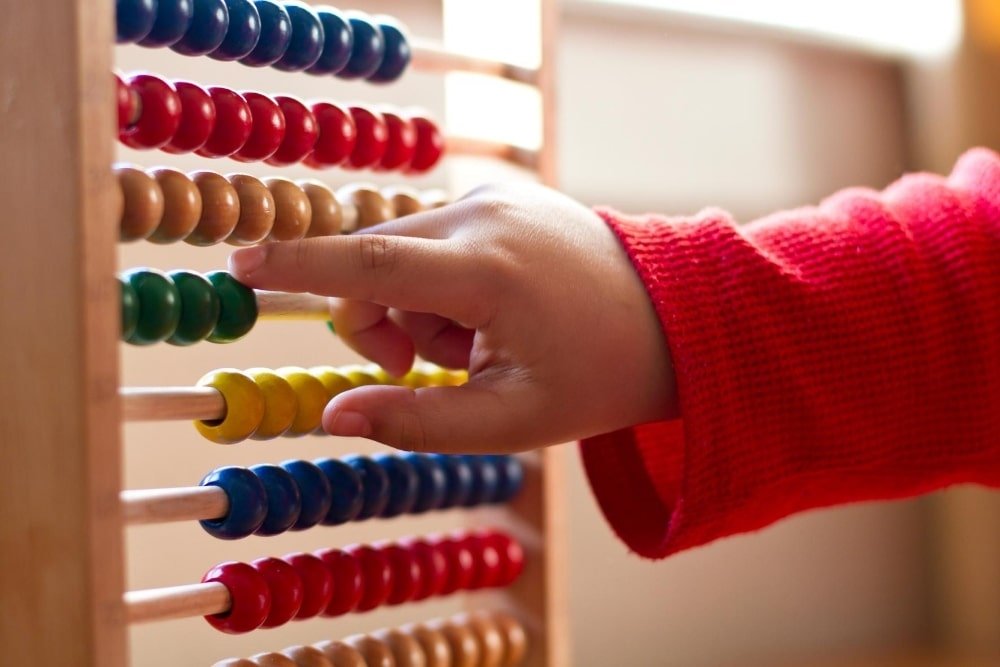 To most of us, it seems straight-forward and we often don’t recall learning to count for the first time in our lives. Maybe we even had a hard time ourselves, but, don’t remember it.

It isn’t uncommon for kids to struggle while counting when counting numerous small but critical skills are firing off all at once. Experts call this number sense.

Number sense happens when people are able to recognize why and how numbers work without thinking about it. Kids who have a strong ‘number sense’ can recognize that 5 means five things.

It involves grouping things together as more or less, big and small, tall or short. They make comparisons are an important part of being good at math.

A child who struggles with number sense might not grasp simple math operations, like that when you take 3 away from 8 there are 5 left.

They just don’t understand that subtraction means less, or if you remove some sand from the pile the sandpile gets smaller. Children who have a difficult time with number sense also have a hard time with division and multiplication.

They don’t get that it’s just simpler to multiply several items from a group rather than taking the long route of adding everything together. They will opt to add and subtract, rather than multiply or divide.

The good news is that there are ways to work with children who are challenged by number sense.

This can be performed through computer programs that focus solely on number sense, manipulation of math blocks, or do extra exercises that offer more practice matching numbers to quantities.

The other aspect that entails counting well is ‘working memory.’ It’s one of the brain’s main functions, and this must be developed in a child.

It allows us to use the information right away and simultaneously store it in our long-term memory to use it later on.

Kids with poor working memory might have ADHD, trouble following simple directions, or find that information they do store and recall doesn’t make any sense once it’s time to use it again. 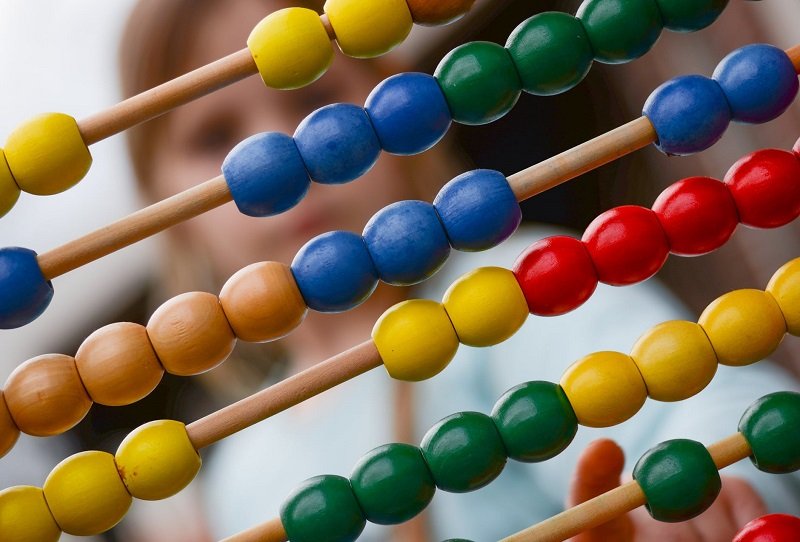 Consider A Full Evaluation if Necessary

If your child is greatly struggling with working memory down the road, you might consider having your child evaluated for the specific cause of it.

It might seem as though your kid isn’t storing information when really their attention is the problem.

ADHD should be attended to, whether that means finding more time or unique ways that really work for our own children to still acquire the skills necessary to perform good mathematics. So be it.

It’s up to us parents to partner with their school. They can take the extra time to strategize with our children to develop their working memory.

Sticky notes are a great option for ADHD children. It helps them remember tasks and small things they might forget about quickly. You can also break everything down into steps that make more sense to a child with attention complications.

At what age could your child count to 100? (Forum)

What your kindergartner should have learned

Why Does My Child Have Trouble Counting?

Working Memory: What It Is and How It Works

What Is Number Sense? 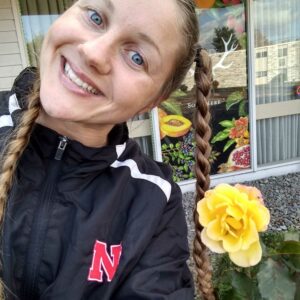 Hello, I'm Mirisa. I'm a mother to five children, in which I aim to raise through a holistic-practical approach. My goal as a triathlete mom, health, and wellness enthusiast, and an avid entrepreneur - is to inspire other parents that it's completely possible to be a wholesome and loving parent while chasing down your own goals!
PrevPrevious20 Best Imaginarium Train Tables
NextCan Babies Have Maple Syrup?Next