How to Tell Your Parents You’re Moving Out

Deciding you’re going to move out of your parents’ house is a big move, no matter how old you are.

There’s a chance that they may not want you to move out for one reason or another, which makes telling them even more difficult. But, it’s something you can’t avoid forever.

While some parents like to hear that their children are moving out, there are others who are afraid their children won’t be able to handle it or just don’t want them to leave.

This can be especially true if there is only one parent in the home. This makes finding ways of how to tell your parents you’re moving out even more difficult. Here are some suggestions to make the process a little easier.

Have a Plan to Present to Them

The worst thing you can do is to tell your parents you’re going to move out without having a plan. Without a plan, your conversation could go south fast.

If you’re going to have a roommate that’s a boyfriend or girlfriend, be prepared to face some questions about that situation too. That may especially be the case if you haven’t been dating for long.

Having a plan to present to your parents shows them that you’ve thought through your decision and are prepared to live on your own.

Be Ready for Questions (Plenty of Them)

Even if you have a plan, be ready for plenty of questions, especially if your parents don’t want you to move out. They’re likely going to ask if you’re going to be able to continually support yourself on your income.

If you’re moving far away, they’ll also want to know why you made that decision. Be ready to get asked just about anything.

Try not to get frustrated with the barrage of questions. Remember, your parents just want the best for you. They want to know you’re going to be okay without their help. Even if you’re an adult, they’re always going to worry about you.

If the idea of telling your parents you’re going to move out makes you extremely nervous, think about telling the parent you’re closest with first.

Many people have one parent they feel closer with than the other. This may help you to test the waters and get some help when telling the other parent.

Don’t be Afraid to Ask for Advice

You’re not the first person to tell their parents they’re moving out. Talk to your friends and even older family members for advice.

Asking for advice and having someone in your corner can help to make the situation easier to handle.  This is especially true if you anticipate not having your parents’ support.

Avoid fantasies and unrealistic expectations in your head. You should have a general idea of how your parents will react. They may be upset at first, but later warm up to the idea.

There’s also a chance that they’re going to be angry for a while until they get used to what’s going to happen. Whatever the case, have realistic expectations when it comes to their reactions.

Think About Your Parents’ Viewpoint

While you may be focused on your thoughts and feelings about moving out, consider your parents’ view as well.

If you’re the first child to move out, it’s likely going to hit them hard. If they’ve been through this before with other children, it may be a little easier.

Also, if you’re going to move in with a boyfriend or girlfriend, they may have a hard time hearing the news. These are all things you have to keep in mind when you’re trying to figure out how to tell your parents you’re moving out.

Being invited to visit can sometimes soften the blow of telling your parents you’re moving out. They may immediately think that they’re never going to see you again.

Be sure to tell them that they can visit. You can also try to plan a special lunch or get together so that your parents know they will still get to spend time with you.

Many parents will feel better knowing that you’ve thought ahead and still plan to include you in their lives.

When it comes to how to tell your parents you’re moving out, being as prepared as possible is your best bet. Also, remain calm if tensions start to rise. Keep the conversation moving in a positive direction and everyone will be better off for it. 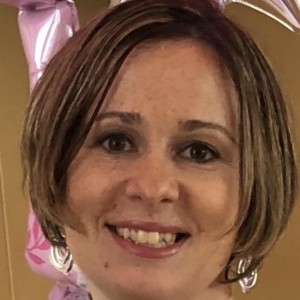 Kristina is a freelance writer and children's book author. She's the mother of two girls who keep her very busy! When she's not spending time with her family, she enjoys taking a spin class and reading a good book.
PrevPrevious50+ Names Meaning Sand or Desert
Next5 Benefits to Spending Quality Time With Your FamilyNext