There’s nothing that can break your heart quite like the wails of your little one when they’re attempting to eat but are alternating between eating and crying.

They’re obviously hungry, but there’s also obviously something wrong. If your baby cries during feeding, check for these problems, and try these solutions so that they can enjoy having their bottle again.

How Often Does The Baby Cry During Feeding?

If your baby cries once during feeding, it’s a sign that there’s something wrong during that particular feeding. When a little one cries during every feeding, either the same problem is occurring repeatedly or there is a deeper problem.

Before delving into figuring out what the problem is, consider whether your baby is crying during every or almost every feeding.

Reasons Your Baby Cries While Drinking Bottle Every Feeding Time

If your baby cries while drinking a bottle consistently, it’s a signal that something is wrong aside from that one specific bottle. That means it’s more than likely not the temperature of the formula, etc. Instead, one of these common reasons:

Check out this article for signs that it’s time to switch to a faster flow nipple to determine if this is the problem.

If your little one is having a hard time digesting the formula they’re given, it can result in quite a few symptoms. These include:

Some babies might need a different formula, such as one for babies with colic or for sensitive stomach. If your child is excessively fussy during and/or after eating, discuss switching formulas with their pediatrician. 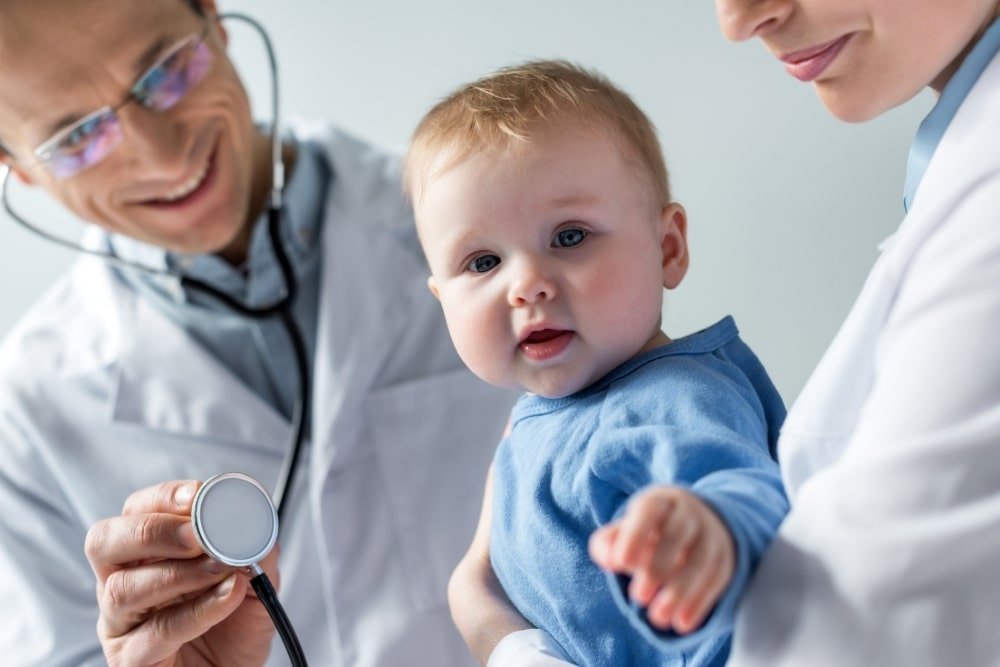 Keep in mind that most pediatricians recommend switching formula to approximately ten days at a time. This gives you ample time to determine if there’s an improvement in the baby’s condition. It can take babies’ time to adjust to new formulas.

Lactose intolerance is a common reason behind a baby not being able to tolerate formula. This is different than other formula intolerances.

Lactose intolerance means that babies aren’t able to digest one of the proteins that are commonly found in milk. Most formulas, including those designed for babies with sensitive stomachs, have this protein.

Common symptoms of lactose intolerance in babies are:

If you think that your baby is lactose intolerant, consult your pediatrician. They can perform tests to determine if your baby is. Some pediatricians may opt to simply switch them to a soy-based formula instead.

If your baby does better with soy formula, you can simply assume they have lactose intolerance and opt for soy-based products instead.

Feeding Too Late Will Result In Babies Crying While Eating Bottles

If it took you a few minutes to make the bottle or figure out that your baby was hungry, this can make them fussy during feeding times. It’s because babies tend to try to eat faster when they’re hungrier.

You’ll notice this if your baby has to wait to eat because they’re in the car, you’re running errands, etc. If this is a consistent problem, try getting your little one on a feeding schedule so that you already know when they will start to feel hungry.

Overfeeding Will Make Babies Fussy While Drinking Their Bottles

If you’re not sure whether your baby is hungry and give them a little extra something to eat, it can result in you overfeeding them. Babies that aren’t hungry might still drink their bottle, but will be fussy when they do. 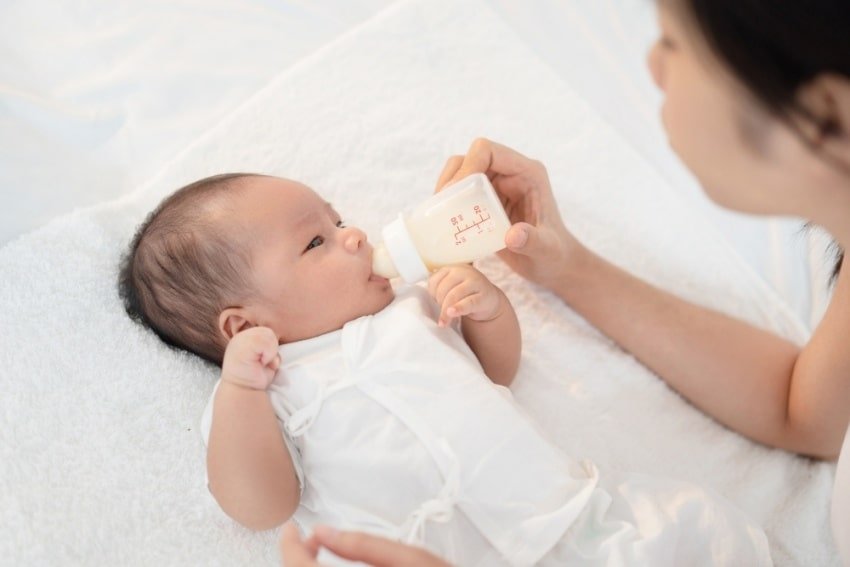 This is because sucking is a way that they soothe themselves, but they have to drink formula when sucking on the bottle so they wind up being overfed. Signs that your baby had too much to eat include:

If your baby is crying, consider other things that might be wrong with them before giving them more to eat. Some babies may fuss because they need to be burped again, for example.

Reasons Your Baby Cries Once Or Occasionally While Drinking Bottle

If your baby usually has no problem eating their bottle, but you suddenly find that your baby cries while drinking a bottle or flat out refuses to eat, there are a few things that you need to check for.

Most of these are one time occurrences that can be easily fixed.

The Nipple Is Clogged

When we shake up the bottle to mix the formula and water together, it can result in the powder going into the nipple.

On rare occasions, the powder doesn’t mix with the rest of the formula in the bottle. I’ve found this happens when I don’t shake the bottle enough.

Then, the powder formula gets stuck in the hole, making it impossible for the baby to get any formula out of the bottle. Babies that are going through this will suck on their bottle and then cry.

It’s because they’re trying to eat, and then are frustrated when the formula does not come out of the bottle.

Baby Crying While Eating Because They Don’t Like The Temperature

When the grandbaby was little, he had a very specific temperature he preferred his bottles at. It was barely lukewarm. Slightly colder than bath water was perfect for him. Anything else was too hot or too cold.

If he was really hungry, he’d still drink his bottle. Yet, he would cry at the same time. It took a few tries and researching this to discover that he simply had a different preference.

Did you change the nipple flow? Change the type of bottle? Are you trying a new formula that might taste different? Sometimes babies don’t like change.

Even if the change is good for them, like changing bottles to reduce airflow and reduce gas, babies might fuss at first.

If the change isn’t to solve another problem, it’s okay to switch back. There is nothing wrong with catering to your baby’s preferences.

However, if you feel the change is necessary, try to tough it out. Babies that refuse to accept change, even if it’s just a new nipple, might need a gradual transition.

To do this, start by using the nipple during one feeding a day and slowly work up to using it during every feeding. This same transitioning method should be used with formula as well.

If your little one is crying during feeding, it could be because they aren’t hungry. Babies act as though they are hungry when something else is wrong because sucking is soothing to them.

Your baby might have gas, colic, be too hot or too cold, or have something else wrong with them. If it’s not time for your baby to eat again yet, check for other things. 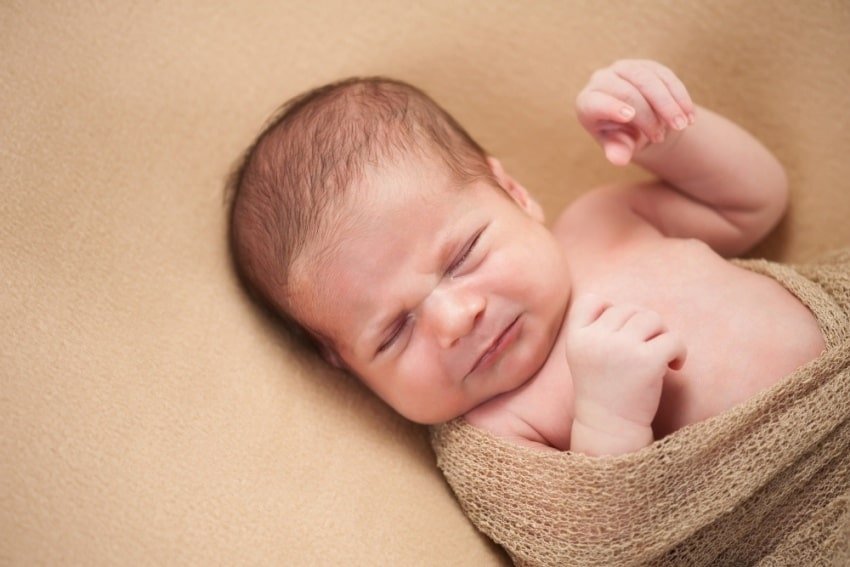 It’s important to note that sometimes baby’s cry due to things that aren’t as obvious to us. Infants can get lonely. When they don’t have object permanence they might fear that you’re gone if you leave the room. Your little one can also get bored!

They Need to be Changed First

Some babies won’t eat if they have a dirty diaper. They could have peed a tiny bit while you were making the bottle. Stop trying to feed them, and check their diaper.

Give them a quick change if need be, and then try to feed them again. If your baby cries during feeding after this, try some of the other solutions on the list.

First, decide whether your baby cries when drinking a bottle occasionally or during every feeding. After that, you can narrow down what the problem is. One of these solutions is bound to have your baby smiling during bottle-feeding again! 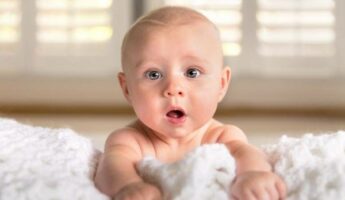 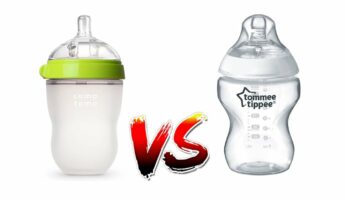 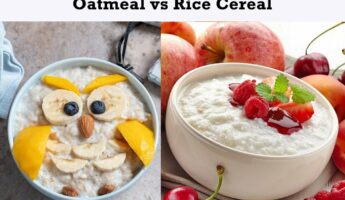 Food & Feeding
Oatmeal Vs Rice Cereal – Which Should You Feed Your Baby? 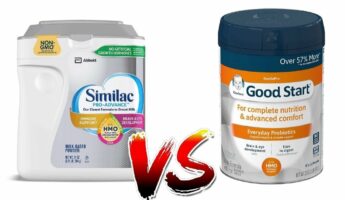 Food & Feeding
Similac vs Gerber – Which Baby Formula is Best? 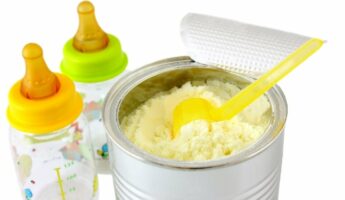 Food & Feeding
Non GMO Formula vs Regular Formula: Which One Should You Give Your Baby? 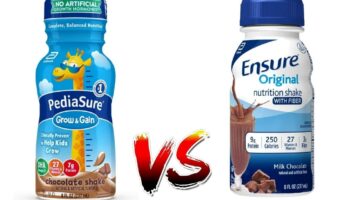 Food & Feeding
PediaSure vs Ensure – Differences Between Them 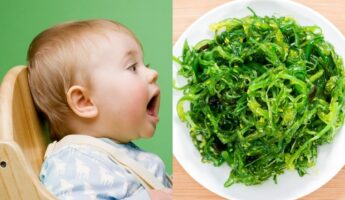 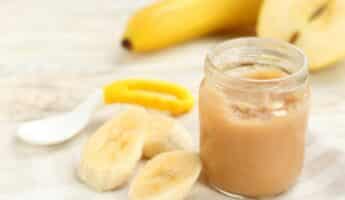