One of the most frustrating things to deal with is when you know your baby is hungry, you try to give them a bottle, and then they spit it back out and resume screaming. It leaves you wondering if they are hungry or if something else is wrong. It can also leave you going down a checklist to figure out what’s wrong with the bottle that you’re giving them.

I’ve been through this quite a bit with my grandson. He has a particular temperature preference. Once, the nipple hole had a tiny speck of formula in it from when I was shaking up the bottle, so he was sucking on the bottle, but not getting any formula. By now, we have a mental checklist. There are quite a few reasons your baby might not be taking the formula, including some that have nothing to do with the bottle itself.

As I mentioned above, my grandson has a very particular temperature preference. It has to be exactly lukewarm. The same temperature as his bathwater. If it’s slightly hotter, it won’t burn him, but he still spits the bottle back out at you. The same applies if it’s slightly colder.

Check the bottle temperature with your wrist to make sure that it is the perfect temperature.  If you’re not sure making a new bottle that is slightly warmer or slightly colder to see if your little one will take it.

It’s important to remember not to microwave bottles. This can cause hot spots in the bottle. That means that the bottle will feel like the right temperature, but your baby might get a drink that is too hot for them. This little spot is called a hot spot. The uneven temperature can make babies spit the bottle out if they get to a hot spot, and it can give them anxiety regarding eating.

When babies get older, they need a nipple with a faster flow. If they are above three months, were not born premature, and are still using a nipple with the slowest flow, it can frustrating. As they eat, they simply aren’t getting the formula fast enough. Then, they’ll get frustrated, stop eating, and cry. If this is what’s happening, switch nipples to see if they are ready for faster flow.

Babies can be very particular when they get used to something. If a new nipple is shorter, a different shape, etc. they might refuse to drink their bottle. Look at the nipple to see if it might be inconveniencing them. If so, switch to a nipple that is longer, shorter, wider, etc. Nipples can be frustrating for babies as they grow older, so it’s important to learn when to make the switch to a different nipple.

When you put a baby on a schedule, you expect them to eat at a certain time. They stick faithfully to their schedule, and then all the sudden refuse to eat. Sometimes, babies will go through phases of eating a little more or a little less than before. They might simply not be hungry. If nothing else is wrong with your baby and nothing has changed, try feeding them again later. 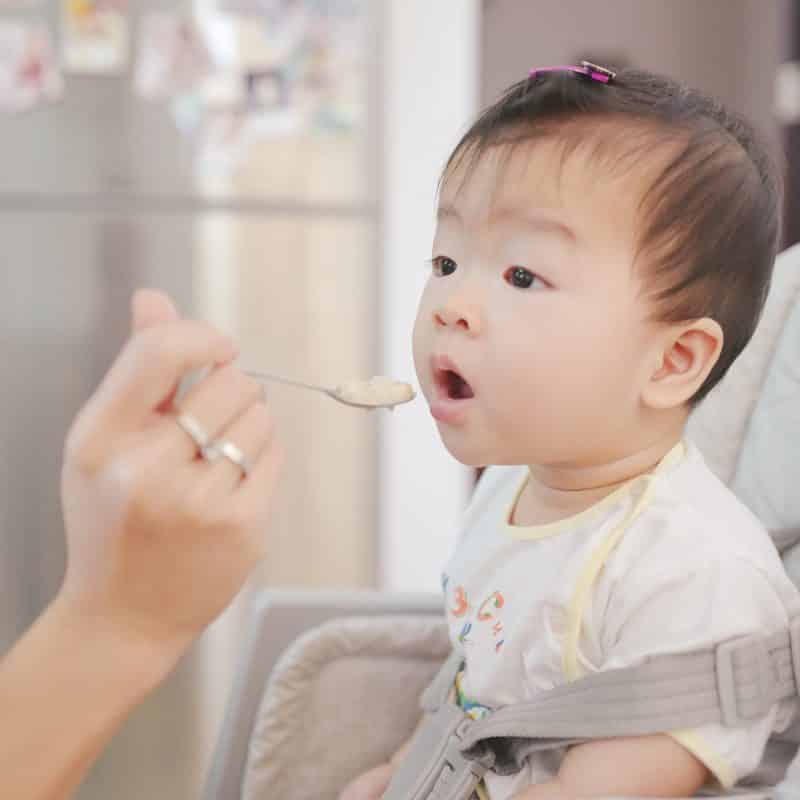 If you’ve recently started giving your little one baby food, they are going to drink less formula. This is perfectly normal, so don’t stress if they are suddenly refusing a bottle. They might still be full of baby food.

When babies aren’t feeling well, a baby won’t take formula. No one feels like eating a five-course meal when they have the flu, and neither does your little one. If they’re sick, feed them if they will eat but leave them be if they do not want to eat and don’t seem hungry. They’ll resume their normal schedule when they start feeling better.

If you’ve recently switched from breast milk to formula, or from one formula to another, that could be why your baby won’t take formula. Babies can both taste and smell the formula, and most of them taste at least a little bit different. It can take approximately one week for your little one to adjust to the new formula.

Related Article: Enfamil Vs Similac – Which Formula is Best for Your Baby?

6. It Is Causing Stomach Problems

Some babies tolerate formula better than other babies, who are known to have gas, spit-up more frequently, and may get a stomach ache. If your baby is fussier after eating, it could be the formula. This can make them resist eating even though they are hungry because they have developed a negative association with eating. If this is the case, talk to your pediatrician about switching formulas to something that is gentle on their stomach. 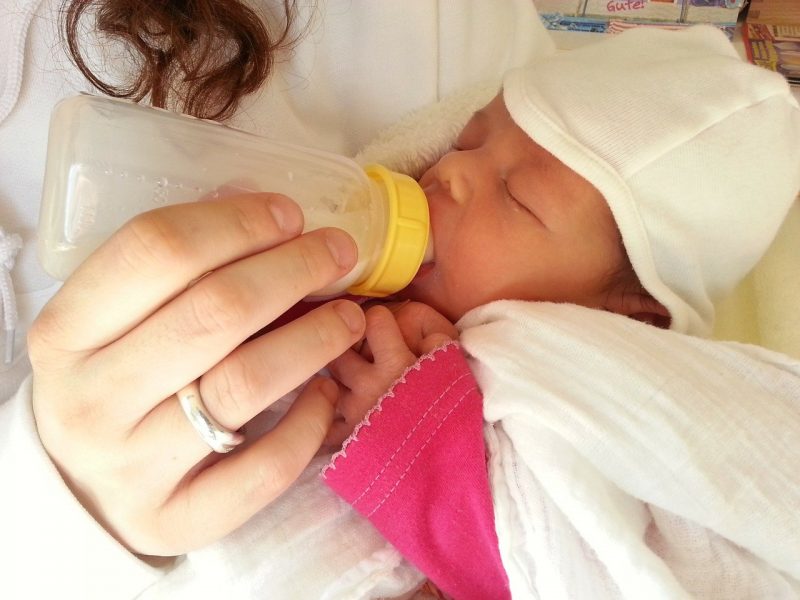 Babies with a milk allergy or milk intolerance are known for refusing to eat when they are hungry. They already know that once they drink a bottle it will hurt their stomach, so they push the bottle back out of their mouth. If your baby is refusing formula, look for these other signs of a milk allergy:

If you think your baby might have milk intolerance, discuss soy formula options with your pediatrician.

Babies that have allergies or stomach problems can develop a certain amount of anxiety towards eating. They get upset because they are scared to eat due to the problems that they previously had, but they are hungry so they continue to cry for a bottle. If your baby had previous problems, try distracting them or using a new bottle that is different from the one previously used. This can make eating less stressful for them.

If your baby is busy looking at everything else in the room, they’re probably just distracted. Babies are very curious, and they would much rather look at a television or check out what is making a loud noise instead of focusing on eating. If your baby seems hungry but won’t settle down to eat, try feeding them in a quiet room that is free from likely distractions and noises.

It’s extremely common for breastfed babies to hate the switch to formula. They might also refuse to drink formula if you aren’t producing enough milk and try to supplement it. There are ways to get around that and to make sure that your baby is well-fed.

Products like Milk Dust are known for helping moms increase their milk supply. If you aren’t producing enough, pick up some of this to make sure that you can keep up with your baby’s demands. Then, you won’t have to supplement with formula. Other natural ways to give your milk supply the boost it needs include:

If your baby won’t take formula, it could be because they are used to you breastfeeding them, and that’s what they want. Some babies can be more stubborn than we realize. Have their dad or someone else feed them the bottle and see if the baby reacts the same way. If not, they are just being stubborn. It will pass.

When your baby won’t take formula, it can be frustrating. Make sure that it is not a problem with the bottle, etc. first. Then, try the other tips to encourage your baby to take formula.

PrevPreviousComplete Hospital Bag Checklist: What to Pack for Mom and Baby
NextAquaphor vs Desitin – Which Diaper Rash Cream is Best?Next