The time period between the moment that you have unprotected sex until you find out if you’re pregnant can be agonizing. You spend every day checking your body for symptoms.

Then, you spend even longer trying to determine if they’re from pregnancy or PMS. It can feel like the longest two weeks of your life. This guide will help you determine if you’re pregnant, or not, making the 2ww a little less gruesome. 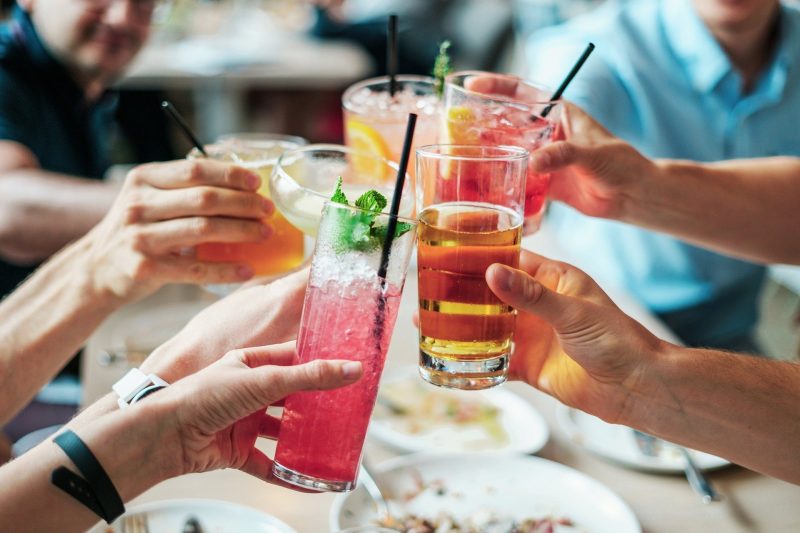 One of the most confusing things about this time period is not knowing what to do. Going drinking with friends can be a great stress reliever, but you don’t want to drink if you’re pregnant.

The same goes for anything else you wouldn’t normally do if you were pregnant, such as:

This can make the two-week wait seem longer, but it’s important to do this so that you don’t accidentally harm your baby.

Some 2WW Symptoms Are The Same As PMS

That’s why it’s important to see what symptoms of PMS are, the symptoms of being pregnant, and figure out which ones can give you a clue as to whether you are carrying a child.

Most Common Symptoms Of TWW:

Most Common Symptoms Of PMS:

As you can see most of the symptoms are the same. Sometimes, a change in bowel movement or being achy can also signal early pregnancy.

This can make those two weeks that much more confusing. However, there are certain things that can give you a clue.

One of the most common methods to help you identify whether you could, in fact, be experiencing pregnancy symptoms is to look at where you are in your ovulation cycle.

When you become pregnant, your body does certain things that might give you a clue as to whether you’ve finally got that BFP that you’ve been looking for.

Ovulation is what happens in order for your body to become pregnant. This is when an egg is released in hopes of turning into a beautiful baby.

Cervical mucous becomes thinner so it can help the sperm reach the egg. After the egg is released from the ovary, you can get pregnant. This is why most women try to tell if they are pregnant according to DPO.

Most women ovulate during the 11-21 days of the 28-day cycle. If you haven’t been keeping track of your cycle, that’s okay. The majority of women have a cycle that is 28 days long.

If you have a regular period every month, you can assume that you have a 28-day cycle, but keep in mind you might be a few days off.

Your body should start to ovulate approximately 14-16 days after the first day of your last period. If you’re still confused, you can simplify things with this ovulation calculator. It does all the math for you!

Here is where things get tricky. There are certain symptoms of ovulation that can easily be mistaken for early pregnancy symptoms.

It’s important to know what these symptoms are so you can determine if your body is having perfectly normal symptoms of ovulation.

During your first few days beyond ovulation, you won’t have any pregnancy symptoms. 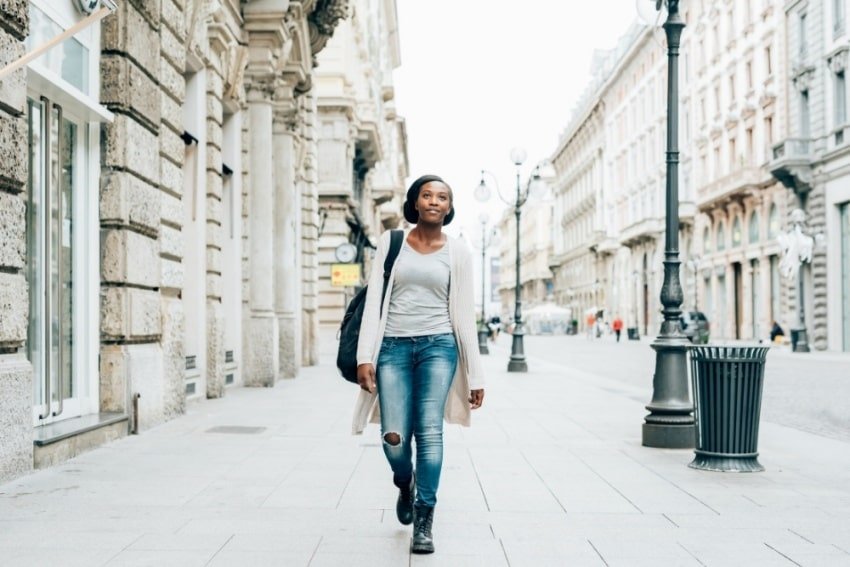 Your body won’t display pregnancy symptoms until you’re pregnant, which is what happens when the egg is fertilized by the sperm and then attaches itself to the wall of the uterus. The egg must be fertilized first.

Then, it must attach itself to the inner lining of the uterus. Until this process is complete, the body will not realize that an egg is fertilized. This is why you won’t have any pregnancy symptoms during this period.

During this period, progesterone levels rise. It’s important to note that this happens regardless of whether you’re pregnant.

This hormone helps the body maintain the pregnancy, so it’s important that it be released before the egg implants itself on the wall to the uterus. It makes the walls of the uterus thicker so that the egg can successfully attach itself to them.

Progesterone also prevents the uterus from contracting and pushing the egg out. Unfortunately, it can cause several symptoms that can be mistaken for early pregnancy symptoms. These include:

If these are your only symptoms, try your best to make it through them. You might be pregnant, but you might not.

At this point, some women are finally going to get pregnant! During this brief period, the egg might attach itself to the uterus. This is commonly referred to as implantation because of the egg “implants” itself in the uterus.

The only symptom that women might have of implantation is a couple of days of light bleeding. Some women don’t experience that. Personally, I didn’t have light bleeding with either of my pregnancies.

Once implantation occurs, your body will start to produce what is called the pregnancy hormone, which is hCG. This hormone is responsible for most of the pregnancy symptoms that women experience, and it’s the one that pregnancy tests will test for.

In the beginning, the amount produced is so small that most women won’t get a BFP just yet, though. This is also why it takes a little more time for you to start showing pregnancy symptoms after implantation happens.

This can make it confusing as most women will show symptoms of one or the other, but the symptoms for both might be the same.

If the symptoms that you’re going to start your period soon are consistent every month, it might be easier to spot potential signs of pregnancy. 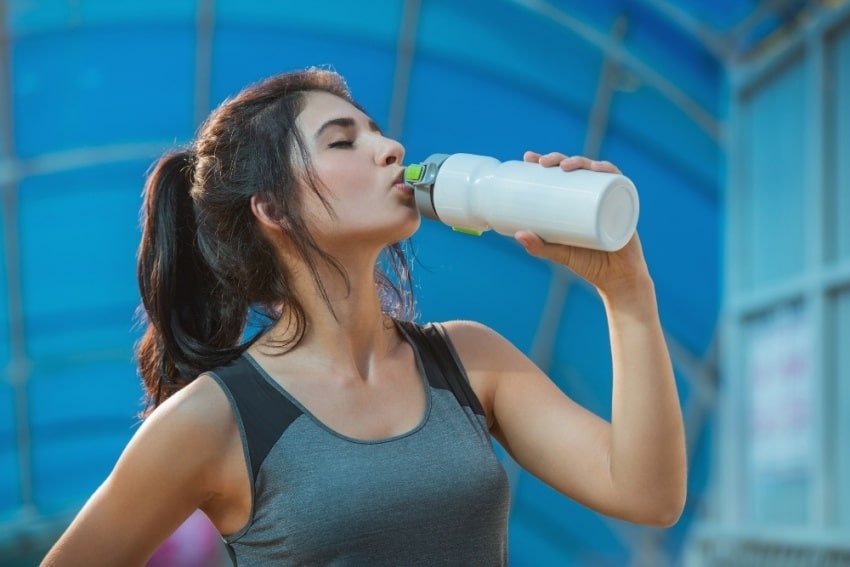 Signs that you might be ready to start your period include:

Some women will experience only one or two symptoms, and some women might not experience any at all. That’s what makes the TWW so frustrating! There’s no specific way to tell.

However, if you’re about to start your period, you might be far enough along to take a pregnancy test designed to detect pregnancy in the early stages. Some of these are very effective!

One of the key ways to tell if you’re pregnant is by looking for inconsistency in your PMS symptoms.

For example, if you have had your period for years yet never experienced bloating or other symptoms that are suddenly taking over your life, it could be because you’re pregnant.

This is how I and my daughter knew we were pregnant before taking the test. When I was pregnant with my oldest, I was very tired.

I skipped school (I was 16) for a week because I could not seem to get enough sleep. Then, I started throwing up instead of getting my period. It was pretty obvious.

With my son, I had a feeling the moment the condom broke. I was very careful about the TWW. I did not have a single symptom, though. This was a bit odd because I always have PMS symptoms.

Instead, I was simply tired. There was no cramping, no food cravings, etc. The absence of symptoms was suspicious in that particular situation.

My daughter also did not experience her usually PMS symptoms. She had an upset stomach. Then, her period was late. For five years, she could track it like clockwork and always knew the exact day it would come.

When it was two days late, she knew. She’d never been late in her life before.

When Can You Take A Pregnancy Test?

Taking a pregnancy test one day after ovulation won’t help you, though. You have to wait until you are definitely pregnant and your body releases the hCG hormone so that it can be detected. 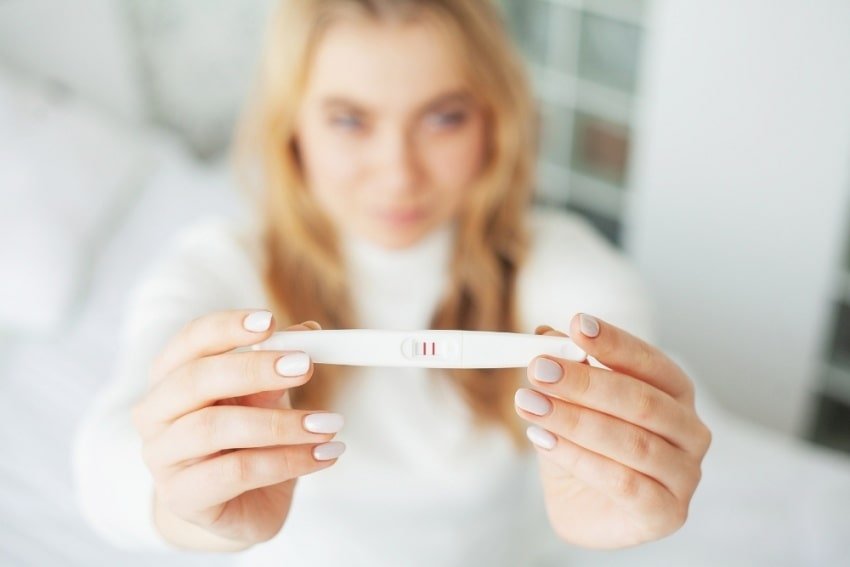 Pregnancy tests that are designed to test for pregnancy earlier than others can sometimes give you a BFP before your missed period. Most of these tests are surprisingly accurate.

Early detection pregnancy tests don’t always show you an early BFP, though. If a test is positive, you can usually trust that you have a BFP. However, if a test is negative you might need to take another one in a few days or a week.

A Blood Test Is More Accurate Than A Urine Test

However, you have to go to a doctor or hospital to have this test done. Then, you have to wait for the lab results.

An Ultrasound Can Tell You Immediately

This is why some women opt for the emergency room to determine if they’re pregnant. When an ultrasound technician does an ultrasound, they can see a tiny speck that will be your future baby.

However, most hospitals or doctors won’t order an ultrasound until you have missed your period, which almost makes it pointless as you can then take an OTC pregnancy test.

If you’re in the very early stages of pregnancy, however, the doctor might not be able to see the baby in the ultrasound yet. This is when they usually order a blood test to double-check.

False negatives are far more common than false positives in the world of pregnancy tests. These usually happen because your body does not have a high enough level of hCG hormones to give you a positive yet.

This can also happen because you are going to have a miscarriage. The body will detect a miscarriage before it actually happens, resulting in a decreasing level of hCG hormones.

A friend of mine was pregnant but didn’t know it. They took pregnancy tests, but they all came back negative. It turned out that they were pregnant, but they didn’t find out until they had a miscarriage.

In this situation, a blood test would have been helpful. This is always a great idea if you think you’re pregnant but have negative pregnancy tests. 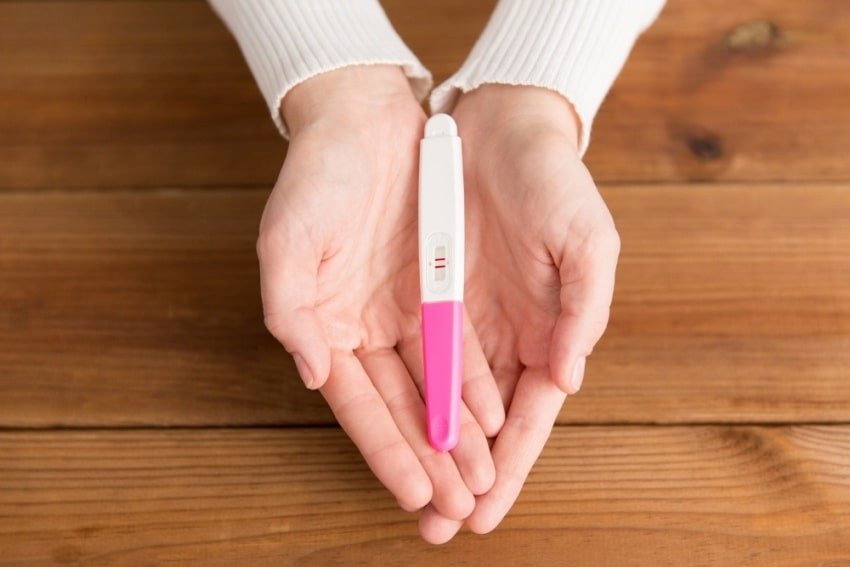 False-positive pregnancy tests are rarer than false negatives, but they do happen. Certain things, such as medications, blood transfusions, renal failure, or taking hCG as a supplement, like to increase fertility, can all cause a false positive.

Instead, try to look for inconsistent symptoms if you can. Keep in mind the best way to verify pregnancy is by making it through that TWW and taking a pregnancy test. 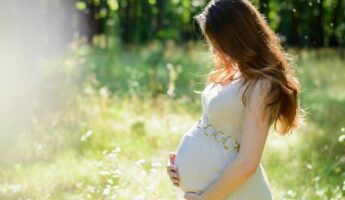 Pregnancy
Can You Feel A Baby Move at 8 Weeks? 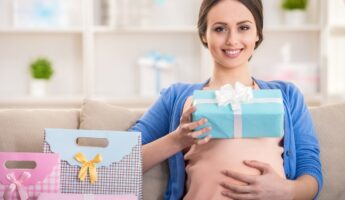 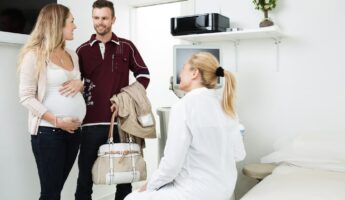 Pregnancy
Should Your Husband Come to Your First Prenatal Visit? 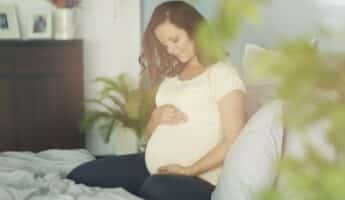 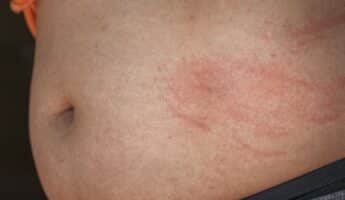 Health
Why Do I Have a Rash On My Stomach After a C-Section? 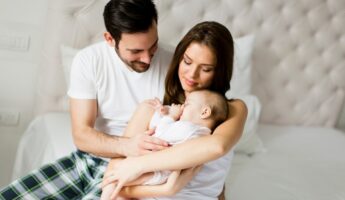 Pregnancy
Can You Eat Fontina Cheese When Pregnant? 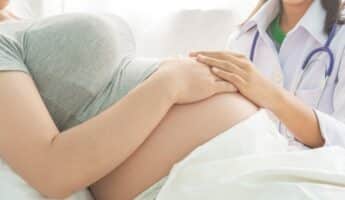 Pregnancy
Why Is My Stomach Soft During Pregnancy? (While Laying Down Especially) 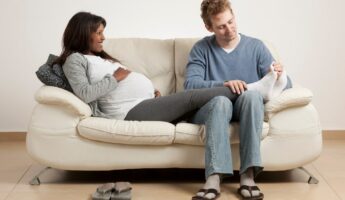 Health
Can You Get A Foot Massage While Pregnant? Where Not To Massage A Pregnant Woman