Is It Normal for My Baby to Sleep With Their Eyes Open? 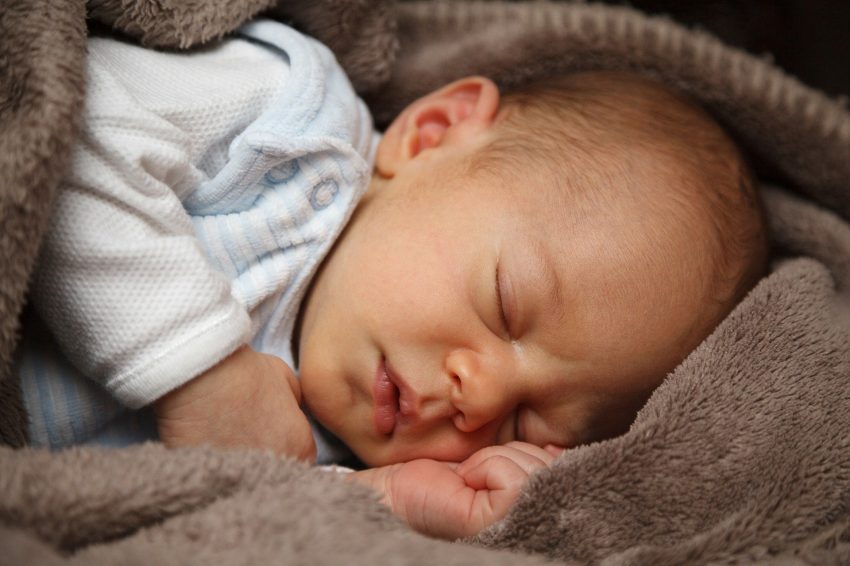 When you’re a new parent, you watch every little thing that your baby does. Eating and sleeping (and pooping, let’s be honest!) are the things that are probably most on your radar.

You watch to see how they’re doing it, how frequently, and if there’re any red flags that something could be wrong.

In the sleeping department, some parents get worried when their baby sleeps with their eyes open. It can look a little strange and can even be a little startling if you walk by and notice it or catch a glimpse of the baby monitor.

Some parents immediately assume that something must be wrong because we’re all supposed to sleep with our eyes open, right? While that may be the “norm,” it doesn’t necessarily mean something is wrong when that doesn’t happen with your baby.

A baby sleeping with eyes open can actually be normal…really, we’re not lying! There’s actually a medical term for it. It’s called nocturnal lagophthalmos.

While there could be underlying medical reasons when it happens in adults, most of the time there’s no medical cause in babies and it’s referred to as physiological lagophthalmos.

Statistics show that more than 1% of people sleep with their eyes open and as many as 13% have a family history of nocturnal lagophthalmos.

Why Do Babies Sleep With Their Eyes Open?

If you notice your baby sleeping with eyes open you want to know why it’s happening. There are several possible reasons.

If someone on either side of the family sleeps with their eyes open, heredity could be to blame for your baby’s sleeping pattern.

REM and a Developing Nervous System

We all know babies are constantly developing. When they’re sleeping, babies go through long periods of REM (rapid eye movement) sleep than adults.

When you add this to their developing nervous system, it can lead them to sleep with their eyes open. Eye movement tends to be more common in adults during sleep than in babies which is why they may have their eyes open.

It’s rare, but some babies sleep with their eyes open because of a birth abnormality. This may prevent them from being able to close their eyes. In some cases, surgery is needed to correct the problem. Again, this isn’t very common.

Should I Worry if My Baby Sleeps with Eyes Open?

Many experts say that it is common for babies to sleep with their eyes open until the 18-month mark.

If you notice it’s still happening as your baby gets older, you’ll want to talk to your pediatrician. There could be a medical problem relating to the eyelids as we mentioned above.

If the idea of your baby sleeping with his eyes open still worries you and he’s younger than 18 months, you can always ask your pediatrician. Many parents like to be sure that there is nothing wrong even when the condition is normal.

Another concern for parents is when they see their baby sleep with their eyes slightly or partially open.

Can I Help My Baby Not Sleep With Their Eyes Open?

As a parent, it’s your instinct to want to fix things for your baby. If your baby is sleeping with eyes open, it’s probably bothering you more than it’s bothering them!

The only way that it may be bothering them is if you notice their eyes are dry and red. Sleeping with your eyes open can do that. If that’s the case, you may want to run a humidifier to keep the air moist. This can prevent their eyes from drying out.

Some parents like to try to close their babies ‘ eyes using their hands. You want to be really careful if you choose to do this because you don’t want to accidentally poke them in the eye and wake them up.

If you try to do this, wait until they are sound asleep. Gently use your fingertips to guide their eyelids down over their eyes.

You can also make sure that the room is dark when you put your baby to sleep. If he’s sleeping with his eyes open, you don’t want any bright lights to hurt his eyes.

Also, check the temperature so that it’s not too hot or too cold. That can also impact the condition of the eyes.

The Bottom Line on Babies Sleeping with Their Eyes Open

The big takeaway here is that it is normal for babies to sleep with their eyes open as much as you may not like to see it happening! It can be startling and even a little bit freaky to watch!

It can be hereditary or may be caused due to their developing nervous system and REM sleep. In rare cases, it’s due to a birth defect.

Many times babies outgrow it by the time they’re 18 months. When they don’t, you want to tell your pediatrician because it could be a sign that there is a problem with their eyelids.

Also, if your baby sleeps with eyes open and you want them closed, you can try to push their eyelids down when they sleep. Just be careful that you don’t poke their eyes.

Think about how you would feel if someone touched your eyes while you were trying to sleep. You probably wouldn’t like it! Your baby may not be too happy about the idea either!

In the end, if the idea of your baby sleeping with their eyes open still bothers you (although it is normal) you can get reassurance from your pediatrician. Once you get that reassurance, everyone should be able to sleep better at night! 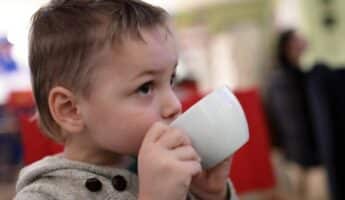 Health
How Old Do You Have To Be To Drink Coffee? 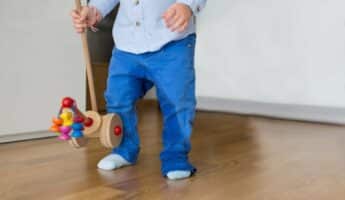 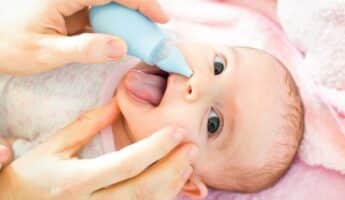 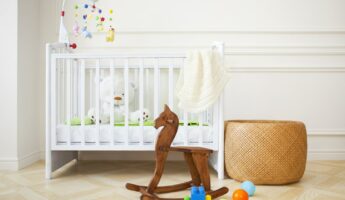 Health
Is Putting a Crib in Front Of A Window Safe? 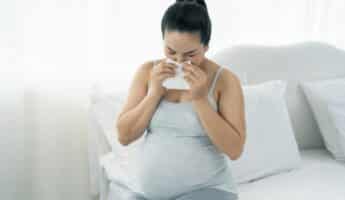 Health
Can I Take Cold Eeze While Pregnant? 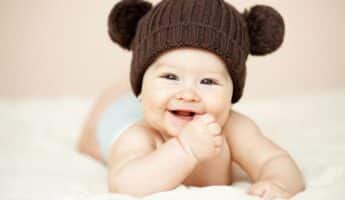 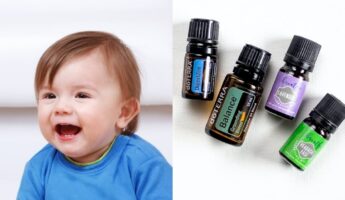 Health
Are Essential Oils and Diffusers Safe For Babies? 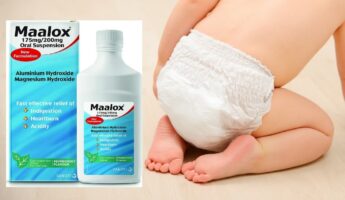